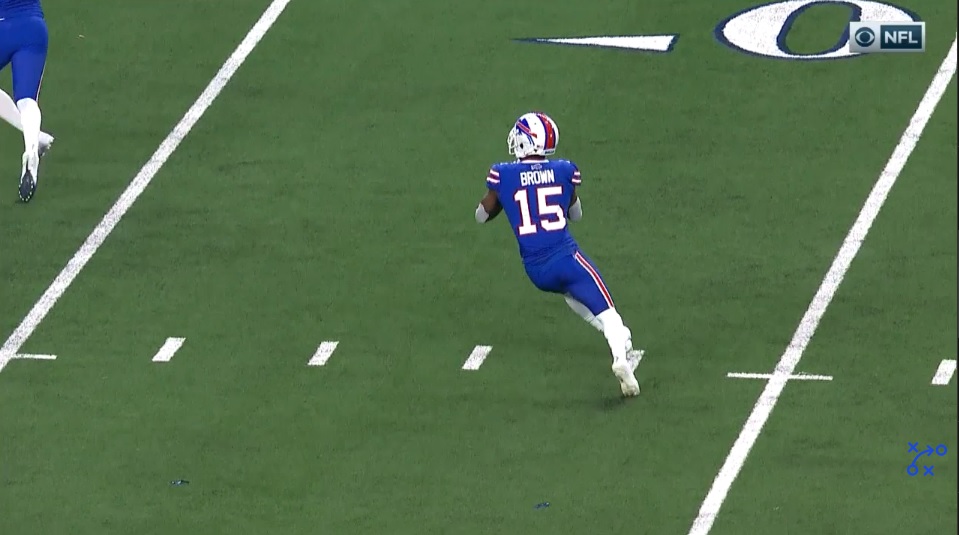 As we’ve done in the past, the keys to the Pittsburgh Steelers winning (or losing) this week’s game. Three things that need to happen for them to end up on the right side of the score and vice versa for tonight’s game against the Buffalo Bills.

1. They Run The Ball Better Than Buffalo

#Analysis, I know. But these two teams are so similarly constructed. Swarming defenses that don’t allow the big play with offenses led by young QBs and a ground game that comes first, second, and third. Truly convinced the winner of this game will be the team who runs it more effectively. Hopefully that’s Pittsburgh, putting up 120+ on the ground in three straight games. Fingers cross that trend continues. If there’s a way to attack Buffalo, it’s on the ground against their 21st rank run defense.

Having said all that in the previous paragraph, it wouldn’t hurt to create a splash play or two. Who is going to make the first, or rather, the last one? Pittsburgh’s James Washington, averaging 18.0 YPC, or Buffalo’s John Brown, averaging 14.2 with a career yards per catch nearing 15 yards. Which will step up?

Steelers facing a mobile QB, something fans better get used to in closing out the season. Faced Kyler Murray last week, Josh Allen tonight, and likely Robert Griffin III in the finale. Allen does a great job extending the play. His favorite target is Cole Beasley, who always seems to find open grass in the defense beyond the structure of the play. Wouldn’t be a bad idea to bracket him on possession downs.

1. They Turn The Ball Over Twice

Dave Bryan has written about the Steelers dubious turnover streak, giving it away at least once in 20 straight games. Next on that list? Three teams who have eight. And don’t think you’ll see the Bills anywhere on that list. They’re doing a great job protecting the football, doing what the Steelers wish they could. Allen has only one interception his last eight games and as a team, they’ve given it away only three times over that span.

Pittsburgh’s defense is as aggressive and opportunistic as anyone and to be fair, you could’ve said the same about Arizona a week ago; Kyler Murray ended up throwing three picks. The Steelers’ MO has been to win the turnover battle, the only two times they lost it this year, they were beat, so if Pittsburgh can give it away just once – preferably, not at all – they’ll be in good enough shape.

Hard to call a shot for a trick play but the Bills did it two weeks ago to great success. WR John Brown took a reverse on Thanksgiving against the Cowboys to fire a TD pass to Devin Singletary for a walk-in score. Against this defense, knowing how hard it is to move the ball traditionally, don’t be surprised if they go to that well again. Pittsburgh has to be ready.

Best part of the Bills’ pass rush is their interior defensive line. DTs Jordan Phillips (7.5) and Ed Oliver (5) lead the way in sacks. They can create penetration in the run game and collapse the pocket against the pass. Devlin Hodges still has a tendency to drift and invite pressure, something that’d be heightened if guards and centers get walked back. Pittsburgh has the talent to defend them with Ramon Foster, Maurkice Pouncey (who does have more trouble vs big, power NTs, keep in mind) and David DeCastro but still gotta be taken care of.