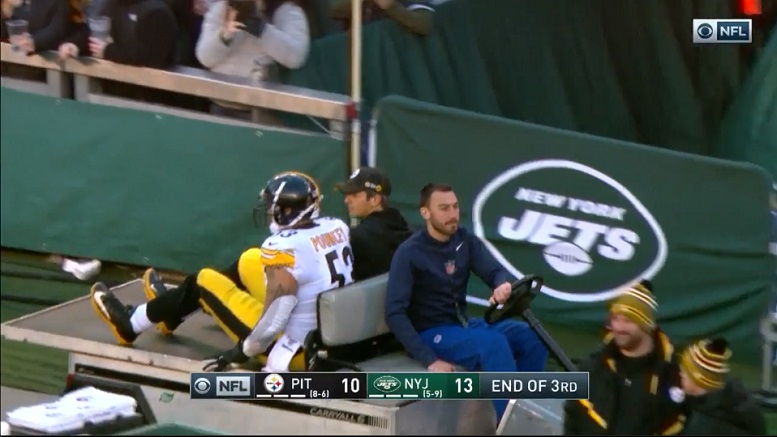 The Pittsburgh Steelers suffered quire a few injuries during their Sunday Week 16 road loss to the New York Jets and after the game head coach Mike Tomlin reviewed the health of his team coming out of the contest. the three players he mentioned as being hurt in the loss to the Jets were center Maurkice Pouncey, quarterback Mason Rudolph and running back James Conner.

“On the injury front, [Maurkice] Pouncey’s knee is being evaluated as we speak, Tomlin said. “Mason Rudolph has got a left shoulder injury of some description that’s going to be evaluated as well. James Conner has a quad injury that didn’t allow him to return, further evaluation needed.”

Pouncey’s injury was seemingly non contact and the way he left the field and was ultimately carted to the locker room, it’s hard to imagine him being able to play in Week 17.

The same goes for both Conner and Rudolph. Conner just can’t stay healthy this season and it’s hard tio imagine him playing in Week 17. As fgor Rudolph, who apparently injured his shoulder after being tackled while on the ground following center B.J. Finney stepping on his foot, he reportedly left MetLife Stadium after the game with his left shoulder in a sling.

If Rudolph can’t play next week. backup quarterback Paxton Lynch would likely dress and be the team’s relief option for quarterback Devlin Hodges.