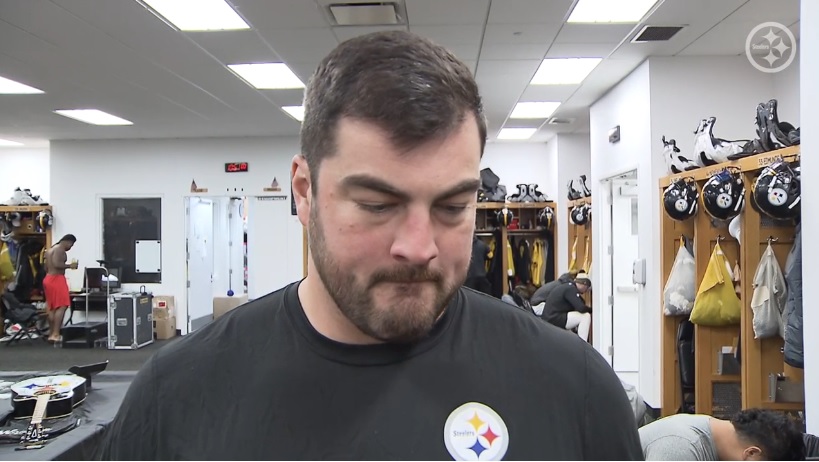 Five members of the Pittsburgh Steelers were selected to the Pro Bowl yesterday. And like any member of a playoff potential team, they hope they’re not playing in it.

That was the sentiment from most of the players, speaking to Steelers.com’s Teresa Varley Wednesday, especially the ones who have made the trip before.

“I wish it could be another award but we’ll see how the season plays out,” Maurkice Pouncey said, referencing a Lombardi. “I know everybody here is focused and ready and excited for the guys who did make it. But it’s just an accolade. We got bigger dreams.”

Joining Pouncey along the offensive line is David DeCastro. DeCastro has been the Steelers best offensive linemen of the season and though he was curiously named a reserve, not a starter, echoed the same sentiment as his center.

“It’s always nice to have a buddy, that’s for sure. But hopefully we’re not playing in it.”

As great of a season as he’s having, TJ Watt viewed his selection as a testament to the entire defense. Not just the individual.

“It’s nice to get the recognition but like I said, it means nothing if the team isn’t up to par. Everything is because of this team…this whole defense is playing really well. And I think that’s why you see guys getting recognized.”

Of course, all players were thankful and grateful for the honor. It was especially memorably for a guy like Minkah Fitzpatrick, his first Pro Bowl appearance, and something to cross off the list of career goals.

“It’s an honor. It’s definitely exciting. Definitely a goal of mine. It’s awesome to be able to achieve it in year two. Just gotta keep working, finish this season strong.”

All five of those players have at least one Pro Bowl berth in common. Unfortunately, there’s another common thread to each. None of them have a Super Bowl ring. For those five, and the other 48 players on the roster, their primary goal is to change that.