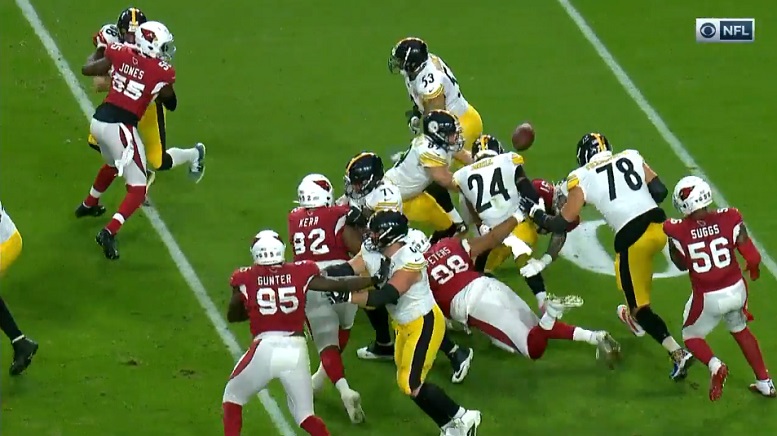 The Pittsburgh Steelers enter Week 15 with a dubious streak in tow and it needs to come to an end Sunday night at Heinz Field against the Buffalo Bills. If it does, the Steelers will have a great shot at winning the game and thus takeover the No. 5 seed in the AFC.

Obviously, the Steelers have turned the football over at least once in every game they’ve played this season and that has forced their defense to work even harder than they should’ve had. The results of the turnovers have hurt on the scoreboard more times than not and that’s probably not all that surprising.

Sunday night art Heinz Field the Steelers will play a Bills team that has scored 274-points so far this season. However, as good as the Buffalo defense has been this season against the pass, that unit has only managed to register 16 total takeaways and a safety.

Those 17 total defensive plays made by the Bills defense this season have resulted in 31 points being scored, which obviously isn’t a lot. Even so, the Bills offense is dangerous enough to turn plus field position into points. With scoring likely to be limited Sunday night, the Steelers offense can’t allow Bills defense to set quarterback Josh Allen up on a short field.

In short, the Steelers dubious 20-game streak needs to end Sunday night. If it doesn’t, they might just exit Week 15 outside the playoff picture with just two weeks remaining the regular season.

The #Steelers have had 242 points scored against them this season and 95 of them have come off of some sort of offensive turnover. pic.twitter.com/rxCewyMpWO