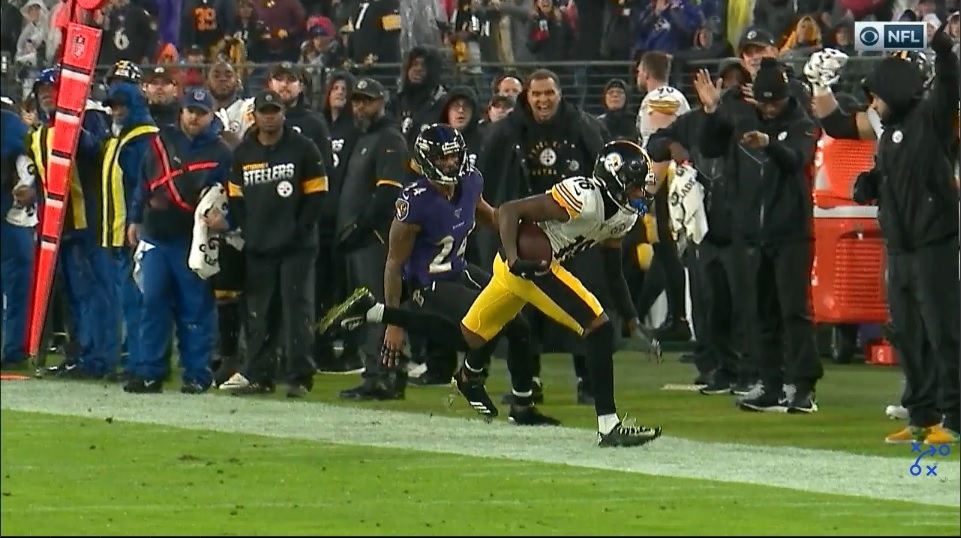 Before we start, thanks to everyone who has followed this series this season. One of my favorite articles to write, even in the ugly losses like the one we saw yesterday.

– Baltimore swept Pittsburgh for only the third time in the Mike Tomlin era. Joining 2011 and 2015. So apparently, it happens every four years. Watch out, 2023.

– Pittsburgh had won 11 consecutive Week 17 matchups. Their last loss prior to yesterday was a 2007…road loss to Baltimore.

It’s their first double-digit finale defeat of the Kevin Colbert era. Previous one happened in 1998, a 21-3 blowout L against Jacksonville.

They averaged 12.4 offensive points per game over their final eight games. During that span, the offense never registered more than 20 points. They were held to exactly ten in each of their final three.

– The Steelers end the year with zero touchdowns on their opening drive. Entering Week 17, Houston and Tennessee were the other two teams who failed to do so but both teams found the end zone in their pivotal matchup. So the Steelers stand alone.

In fact, opposing defenses scored more points on the first drive (7) than the Steelers scored on their first drive (6) this year. That’s thanks to the Rams scoop and score TD mid-season.

– Pittsburgh failed to score at least 28 points in any game this season. That hasn’t happened since 1971. Their high in 2019 was 27, done twice in wins over Cincinnati and Miami.

– Great year for Diontae Johnson. Finished it with 59 receptions, becoming the first Steelers’ rookie to have the outright lead in that category since Ron Shanklin and Dave Smith in 1970.

Johnson led all rookie WRs in receptions, the first Steeler to do that since Antwaan Randle El’s 47 in 2002. Not only did Johnson lead all WRs, he led all rookies period. No Steeler has done that since Sam Boyd in 1939, when the Steelers were still called the Pittsburgh Pirates. That’s 80 years ago.

– Flip over to the defensive side of the ball and talk rookies. Devin Bush is the first Steeler rookie to ever record 100 tackles in a season. He ended today with 12, giving him 109 total for 2019.

He’s the first rookie to lead the Steelers in tackles since 1994, as far back as PFR reliably tracks the stat.

– Steelers’ QBs threw 18 TDs to 19 INTs this season. First time they’ve had more picks than scores since ’98 when Kordell Stewart and Mike Tomczak had 13 TDs and 20 picks.

– Chris Boswell missed only two kicks, field goals and extra points, all season long. That tied for the fewest in the NFL, matching Jacksonville’s Josh Lambo.

That makes it for one of biggest turnarounds in recent football history. Since 2000, of the 27 kickers who converted <70% of their attempts (minimum 15), only Kai Forbath had higher rate the following season. Boswell jumped from 65% to 93.3%.

– TJ Watt has 34.5 career sacks. That’s tied for the 11th best mark through the first three years of a player’s career.

– With eight forced fumbles this year, he’s up to 15 in his career. That’s already top five in Steelers’ history, tied with Jason Gildon (158 games) and Carnell Lake (154 games). Watt’s done it in just 47.

Put it this way. Watt already has more forced fumbles than Troy Polamalu.

– Speaking of sacks, the Steelers finished with 54, one more than the Carolina Panthers. They’ve led the league in sacks for three straight seasons. Since the merger, they’re the only team to accomplish that and join the 66-68 Oakland Raiders as the only teams in NFL history.

– Joe Haden tied for the team lead in interception, joining Minkah Fitzpatrick with five. It’s his most since his rookie year with Cleveland.

– First time the Steelers have had a pair of Steelers with 5+ picks since 2000 when Dewayne Washington and Chad Scott did it.

– Pittsburgh finishes the year with 38 takeaways, their most in a season since 1996, when they registered 40.

– Takeaways and wins usually correlate. In the Mike Tomlin era, only two other teams have registered 35+ takeaways and failed to make the playoffs. The 2012 New York Giants, the 2007 Cincinnati Bengals, and of course, these 2019 Steelers.

No defense has forced as many takeaways and not made the playoffs as these Steelers since the 2004 Panthers.

– Back to the offense. Only four Steelers caught a pass today. Two of them were receivers.

– Devlin Hodges had just nine completions on 25 attempts Sunday. Last Steelers QB to have that many attempts and not hit double-digit completions? The man who used to wear the same number, #6 Bubby Brister, who went 7 for 26 in – somehow – a 17-10 victory over the Cleveland Browns in 1991.

Hodges is the first to have such a stat line in a loss since Brister in 1986. Both wore #6, both in their rookie seasons. Ugly, ugly symmetry.

– The Steelers offense had three safeties this year, their most since 1999.

– Ravens’ running back Gus Edwards ran for 130 yards yesterday, making him the first and only 100+ yard rusher against this Steelers’ defense all season. Something about Week 17 too because the last back to hit triple-digits versus Pittsburgh was Joe Mixon in Week 17 last year.