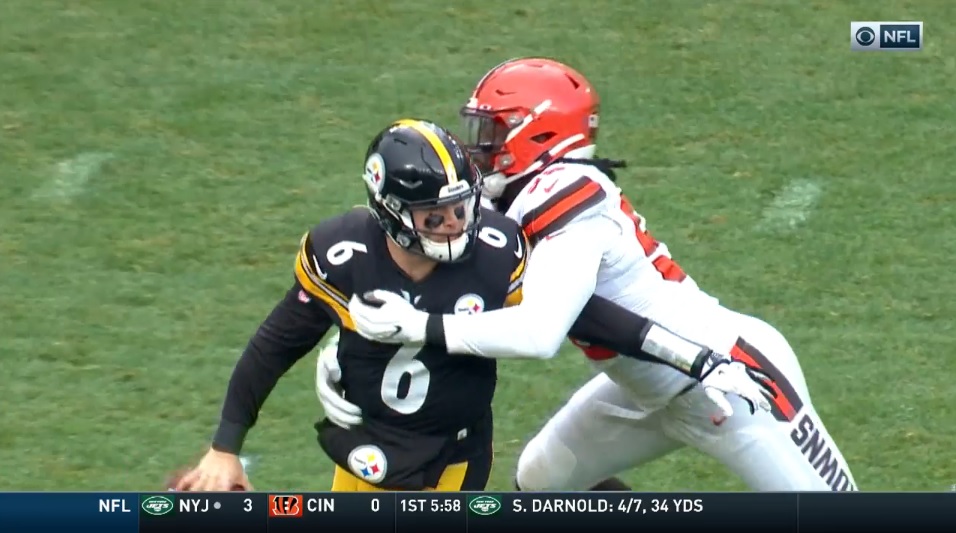 Just one sack to check out from Sunday’s 20-13 win over the Cleveland Browns. Let’s break it down.

Devlin Hodges played well but you saw the perils of a young QB. Still a little too anxious to bail on the pocket, the same issue that crept up against the Cincinnati Bengals.

Matt Feiler working on #92 Chad Thomas. Thomas starts inside and then jabs back outside, attacking half-man and yes, winning initially. Feiler has to open his gate and bail out of his pass set to set the edge. But it’s still recoverable. Here, if Hodges hitches up into the pocket, or basically anything than falling backwards, odds are good Feiler is going to be able to ride and seal Thomas upfield. That would keep the pocket. 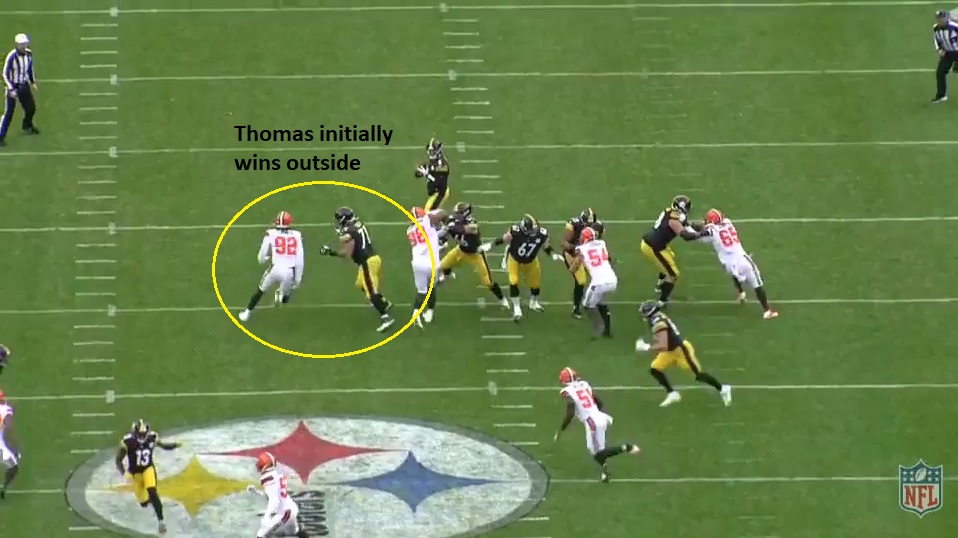 But sensing pressure, Hodges’ instinct is to bail and roll to his right. He’s getting depth, changing the junction point, where the block meets the QBs drop, and not giving Feiler a chance to recover. Once Hodges rolls to his right, Thomas no longer has to go around Feiler but go straight upfield. 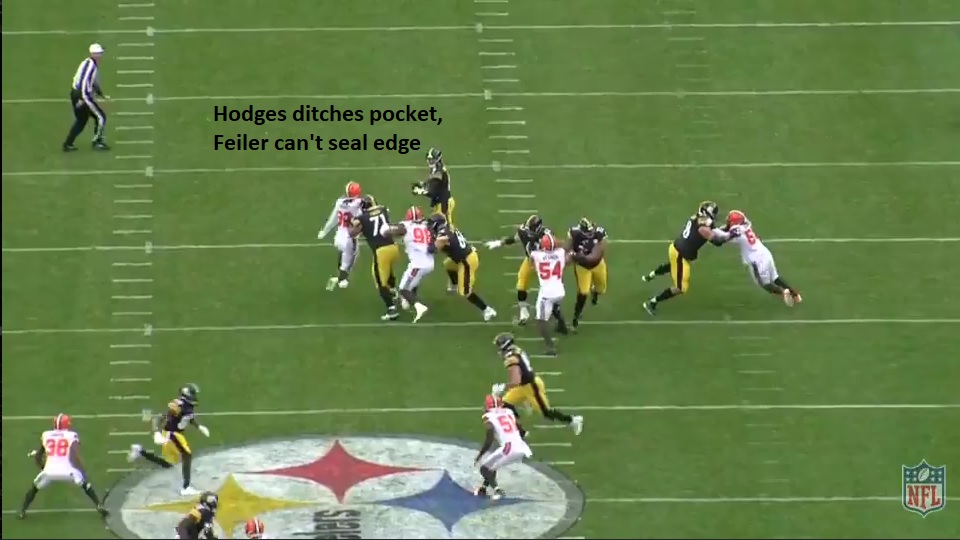 Hodges can’t escape and gets rolled down for a loss of 13, forcing a punt. Nice rush initially by Thomas, Feiler had trouble early, but he would’ve made this block had Hodges shown better pocket presence. This one is on the QB. He’s now responsible for 2.5 sacks this season. The only player we’ve charged for me? Mason Rudolph. Quarterbacks as much the problem as the o-line this season.