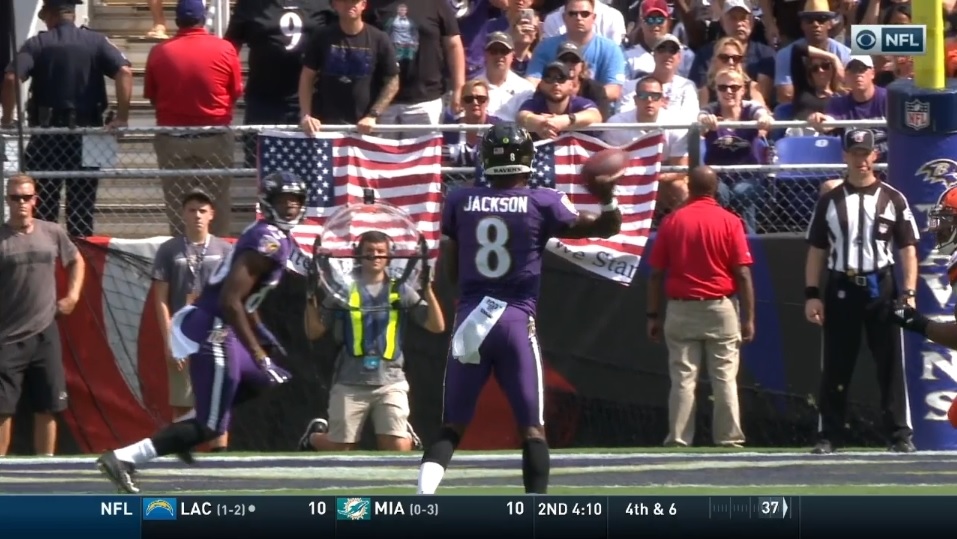 It remains to be seen if this will hold true but should the Baltimore Ravens have nothing to play for in Week 17, they’re expected to bench Lamar Jackson, per NFL Network’s Ian Rapoport. Considering the two teams face each other in the regular season finale, that’s big news for Steelers’ fans.

.@MikeGarafolo reports that if the #Ravens lock up their playoff seeding by Week 17, expect RGIII to start vs. the #Steelers… even if Pittsburgh needs it to make the playoffs. That would be quite a curveball to the playoff race (tho RGIII has impressed when he’s played).

Baltimore controls their own destiny and are securely in the driver’s seat for the #1 seed. They’re 11-2, one game better than the New England Patriots, with the head-to-head matchup. They beat New England 37-20 in Week 9. Meaning, if they win their next two games against the New York Jets and Cleveland Browns, contests they’re clear favorites in, they’ll be the no-doubt #1 seed by Week 17.

Which according to this report, means they’ll be Jackson and probably several other key starters. At QB, Robert Griffin III would get the nod. This year, he’s attempted 16 passes, throwing for 129 yards, one touchdown, and one interception.

Fans will be quick to remind me Pittsburgh contained Jackson about as well as anyone this year, holding him to 161 yards passing, three picks, and *just* 70 yards on the ground. But Jackson on the bench is undoubtedly a benefit to the Steelers’ odds of winning.

Week 17 might not matter to Baltimore but it’ll likely matter a lot to Pittsburgh. They’re in the mix of a hotly contested Wild Card race. Sunday night, they’ll duke it out with Buffalo for rights to the #5 seed while the Tennessee Titans are among football’s hottest teams, sporting an identical 8-5 record.

Should the Steelers lose one of their next two games, that finale will almost certainly be a “must win” game. So file this story away but when the time comes, Pittsburgh figures to have a late Christmas gift courtesy of their biggest rival.