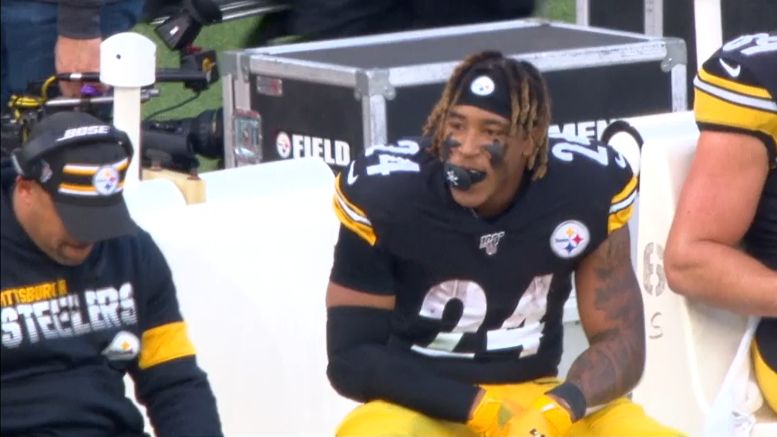 The running game for the Pittsburgh Steelers has finally come alive over the course of the team’s three game win streak. The Steelers have put together their most consistent showing of the season on the ground in victories over the Cincinnati Bengals, Cleveland Browns and Arizona Cardinals and it has paid huge dividends to the team’s overall success.

After searching for a consistent running game to compliment the unproven quarterback play all season, the Steelers have seemed to find an answer and what is most incredible, is that they have found it from the unlikeliest of sources. There is no James Conner at the moment and there has not been over the last three games, instead the Steelers have relied on a second-year running back, a rookie running back and a running back who was not even on the roster a month ago.

With a running back committee of Jaylen Samuels, Benny Snell and Kerrith Whyte Jr., the Steelers are finding a way to win in the trenches and all three of the backs have had significant contributions.

Despite only being a rookie, Snell has taken charge of the running back committee, emerging as the team’s lead back. The rookie running back has stepped up well in Conner’s absence, rushing for 202 yards over the last three games. The Steelers have learned what ‘Benny Snell Football’ is all about as Snell has replicated Conner’s physical running style and dished out some additional physicality as he has punished opposing defenses recently.

Samuels has been the swiss army knife of the group, helping out both in the trenches and in the passing game. The second year running back has put up 54 rushing yards and 66 receiving yards on seven catches over his last three games. While he may have been overtaken as the lead back, Samuels is still proving his worth to the committee.

Every backfield needs a change of pace running back and Whyte has answered the call. Signed from the Chicago Bears practice squad on November 16, Whyte has electrified the offense with his speed and elusiveness. Whyte has not only rushed for 94 yards on 14 carries (averaging 6.7 yards per carry) but he has also been a boost on the Steelers’ special teams unit. The kickoff team has struggled for a big play all season long but Whyte has been a pleasant surprise as he currently owns the Steelers’ longest kick return of the season.

As the Steelers have learned many times over this season, plan A is not always the answer. Sometimes neither is plan B but the good teams find a way to make it work. Even without their top running back, the Steelers have found a way to make it work on the ground and a lot of credit should be passed around. Credit the offensive line for their stellar play, credit the coaches for utilizing these backs to their strengths and most importantly, credit the running backs for putting their best foot forward when called upon.