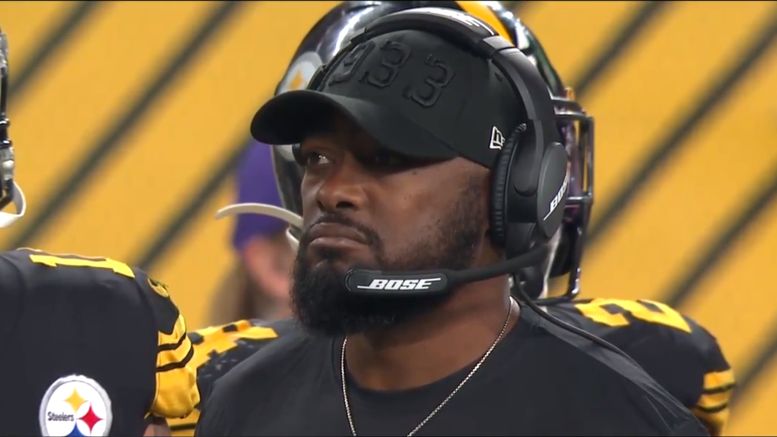 There is a common theme that escapes the lips of Pittsburgh Steelers players who have an answer for why the team was able to avoid collapsing this season, in spite of the multitude of excuses that were provided to that that would have justified them doing so.

Whether it was a star player leaving in free agency, another forcing his way out of town, a coach dying, losing your starting quarterback, or a multitude of other moments, the Steelers have had about as bumpy a road this year, going back to January, as I can recall, and yet they remain in playoff contention in a season in which Ben Roethlisberger never threw a touchdown pass.

How is that possible? Mike Tomlin. That’s the answer the players repeatedly gave Tyler Dunne of Bleacher Report. “What people should know is that we’re never going to give up,” veteran outside linebacker Bud Dupree told him, and there is one reason for that.

The Steelers’ roster is largely stacked with starters who came through the Steelers’ system, but there are some exceptions like Joe Haden. “I’ve met guys who came here through free agency and they didn’t fit”, said Vince Williams, among the longest-tenured defenders. “They don’t last. They’re gone. But the people who do stick, they do last”. And they become Steelers, Tomlin players.

Haden fit. They knew he would. Steven Nelson and Minkah Fitzpatrick, they came in, they made a difference right away. They bought in. they’re Steelers. And both of them were well-scouted by Tomlin and the scouting department before their respective drafts.

The Fitzpatrick trade was huge for the locker room, Maurkice Pouncey said. “He could’ve easily said, ‘let’s tank. Let’s get a high draft pick…no, that motherfucker wants to win”, the told Dunne. “Everyone was happy as fuck. I was at the house like, ‘No way is [this] happening!’ That just showed the team that we ain’t tanking”.

They didn’t. they would lose two of their next three games, against the two teams who will likely end up with the number one seeds in either conference, but they have since gone 7-3. They’re on a slide right now. One they may well not recover from.

But as Dupree said, “if you beat us, you’re just going to beat us. But we’re never going to give up”. And that comes from the top. From Tomlin.