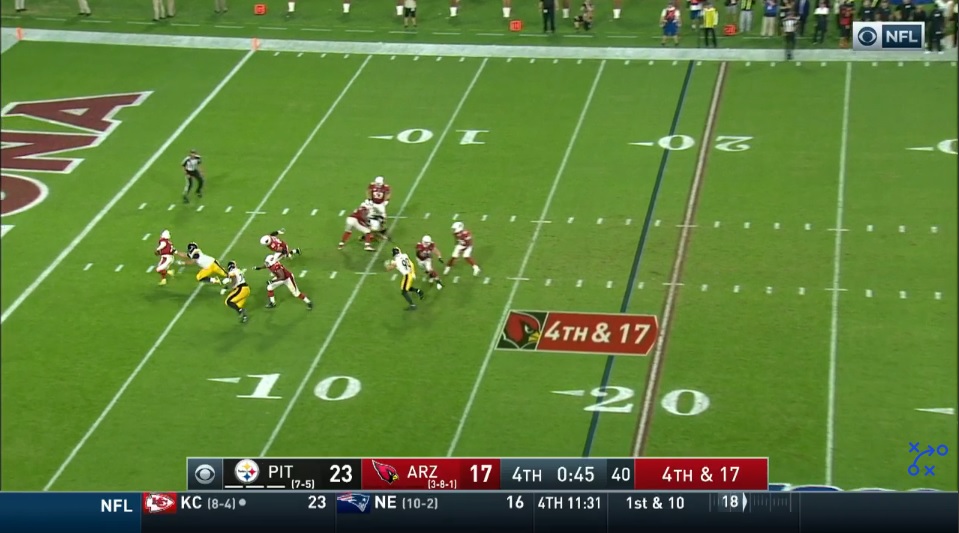 One week after turning in a season-worst performance in the tackling department, the Pittsburgh Steelers bounced back in a big, big way on the road Sunday against the Arizona Cardinals, tackling very well in a 23-17 win against a dynamic offense led by Kyler Murray.

Safety Terrell Edmunds was really good in the tackling department, turning in one of his better performances on the year, especially in the open field. Two total misses came on special teams, which continues to be a problem for the Steelers, while Pittsburgh recorded three misses on sack attempts, letting Murray escape on a day in which he was sacked five times.

It’s tough to see Javon Hargrave lead the Steelers in missed tackles this week, because he’s been so dominate up front. But against an up-tempo offense with some jitterbugs in the backfield, Hargrave struggled to square up on a Kenyan Drake run, resulting in an arm-tackle attempt, before then missing Murray in space on a potential sack.

Imagine if guys like Hargrave, Dupree and Heyward finished their sack attempts on Sunday. Sheesh!

Anyway, let’s get to the misses that stood out to me the most.

Here in the second half, Dupree does a terrific job of avoiding the cut-block attempt from DJ Humphries, remaining in the play. From there though, the standout linebacker fails to line up Murray in the pocket properly, diving at the diminutive quarterback’s legs, whiffing on the sack attempt.

Then, on the final play of the game for the defense, Heyward missed a sack attempt on Murray.

Heyward does a fantastic job of being left guard Justin Pugh cleanly here, but his angle on Murray is slightly off, allowing the rookie quarterback to escape to his left.

Offensively, Pittsburgh had another terrific performance in the forced missed tackles department, racking up another 16 forced-missed-tackle performance.

Benny Snell Jr. and Diontae Johnson continue to dominate in the forced missed tackles department for the Steelers. Snell has now forced 11 misses in his last two games, while Johnson had the best game of his season, forcing a season-high 4 misses.

Interestingly enough, Johnson forced just one missed tackle on his electrifying 85-yard punt return. That means three of his forced misses came as a receiver. That’s great to see.

Let’s check out some forced misses.

Snell showed right away he was going to be a tough back to get on the ground Sunday.

On his first carry of the day he had a nice jump cut to set up a David DeCastro block, claiming one forced missed, and then ran through an arm tackle at the end of the run, racking up two quick forced misses.

Then it was Kerrith Whyte Jr.’s turn.

Whyte Jr. makes a man miss in the hole, and then steps out of an arm tackle, and even flashes some power at the end of the run. For a smaller running back known more for his speed, he’s a tough runner that likes to put his head down and barrel forward when he can.

Rounding out the day, Johnson did work on a second-down catch, nearly taking it to the house.

I apologize for the length of the GIF, but Johnson forces a miss by Byron Murphy right away, allowing him to reverse field. Late in the run, Johnson cuts back inside to claim his second miss before getting cut down at the 2-yard line.