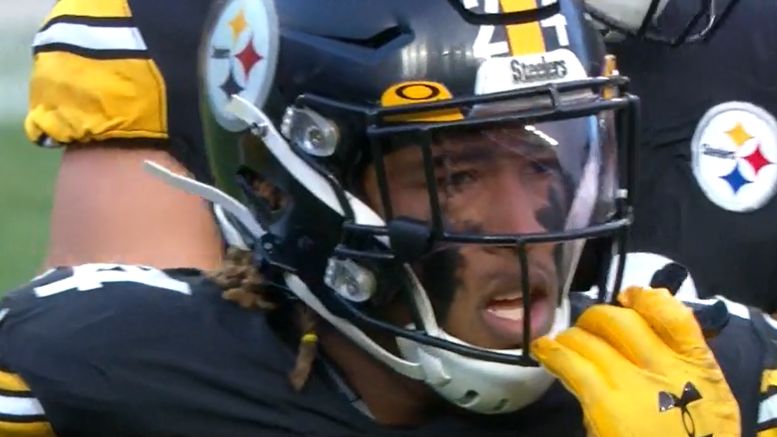 I’m not sure there are many things that Pittsburgh Steelers head coach Mike Tomlin enjoys more than watching guys that are not on other people’s radars making plays. When you believe in a guy, and your opponents and the rest of the world don’t take him seriously, to see him succeed can be viscerally satisfying.

The 2019 season has produced that sensation in droves for Tomlin, but it’s really something that’s been forced upon them. Outside of the obvious offseason losses of Antonio Brown and Le’Veon Bell, they had Ben Roethlisberger go down six quarters into the year. Stephon Tuitt was injured early in game six. James Conner and now JuJu Smith-Schuster have missed meaningful time.

And so you see guys like Benny Snell and James Washington especially stepping up. Diontae Johnson has made his share of plays this year. Last week, we even saw Kerrith Whyte and Deon Cain, new faces, come in and make a difference. Cain had another positive play this week, and Tevin Jones had a big catch in traffic at a key moment as well.

And you could see on his face just how much Tomlin enjoyed talking about and thinking about that.

“Can’t say enough about the efforts of a lot of people”, he said in his post-game press conference. “But that’s team, and you know we’re looking to strike a blow for ‘team’ in these circumstances”.

Striking a blow for ‘team’ is a concept that he first invoked a week ago following their win over the Cincinnati Bengals. Smith-Schuster and Conner were both out for that one. Mason Rudolph was benched in the second half. Guys like Snell, Washington, Cain, and Whyte, were providing whatever spark there was on offense.

Tomlin sees it as an opportunity “to stand up for the game of football and ‘team’ and prove that guys can make plays when given an opportunity”, he went on. “One man’s misfortune is another man’s opportunity. The standard is the standard. They made all those clichés, if you will, true. I’m appreciative of that”.

One of the most remarkable things about the past two games is that we’ve hardly talked at all about B.J. Finney, even though he is perhaps the ultimate next man up on the roster. He has now started 11 games at either guard or center, and the Steelers are 10-1 in those starts.

The conversation around the Steelers entering this season was that it was being viewed on the outside as an experiment. Superstars versus team. That was in light of Brown and Bell leaving, but nobody envisioned that including Roethlisberger sidelined as well.

Remarkably enough, while 7-5 isn’t necessarily where they want to be, they are showing through their ascension through attrition just how valuable ‘team’ can be. And boy does it put a smile on Tomlin’s face.