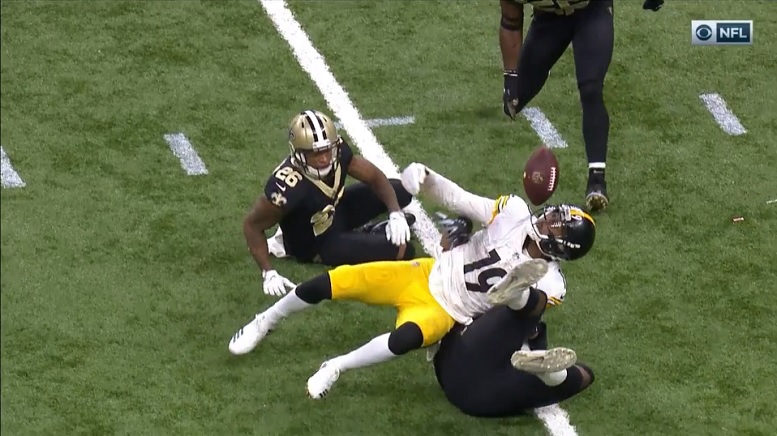 Around this time last year, the Pittsburgh Steelers were coming off a huge late-season victory over the New England Patriots, highlighted by a Joe Haden interception of Tom Brady that quickly found its way into the team’s hallway that features highlight plays made in their history.

It was a pivotal moment that seemed to stem the tide of a late-season slump that would allow them to assure a clear path into the postseason after having lost their previous three games, including to bad Denver Broncos and Oakland Raiders teams.

That win gave them a clear win-out scenario over the final two weeks, highlighted by a crucial game on the road against the New Orleans Saints, followed by a home stand against the Cincinnati Bengals. A late JuJu Smith-Schuster fumble in New Orleans squandered the possibility of a comeback, as well as the Steelers’ control of their own destiny, which ultimately led to them missing the postseason after they didn’t get the help they needed in Week 17.

Understandably, that is on a lot of people’s minds right now, given that the Steelers once again face a win-out scenario with two games left to play. They would need the Houston Texans to once again beat the Tennessee Titans in the finale in order to make it with a loss this week, in the most likely scenario.

Some reporter was foolish enough to ask Mike Tomlin about all this on Tuesday, however, and he got the response that you would expect from Tomlin. “We don’t care about last year”, he said. “It is a non-factor as it pertains to this group”.

“We have had a great deal of urgency because our season started the way that it started. September was what it was”, he went on. “We understand the position we were in and really, we have been in that type of position for some time. And so, it is nothing new for us. there is no need to call a secret meeting. There is no need to do anything outside of what we normally do in terms of getting singularly focused on this game”.

The Steelers did hold a meeting late last year, during which Darryl Drake is said to have given an inspiring talk and was a defining part of his legacy during his brief time in Pittsburgh. But there will be none of that this year. It’s just about beating the New York Jets right now.

Pittsburgh has been in survival mode all year after dropping its first three games, and four of its first five. But the Steelers were able to go 7-1 after that prior to Sunday’s loss to the Buffalo Bills, which once again chopped their margin for error down to zero.