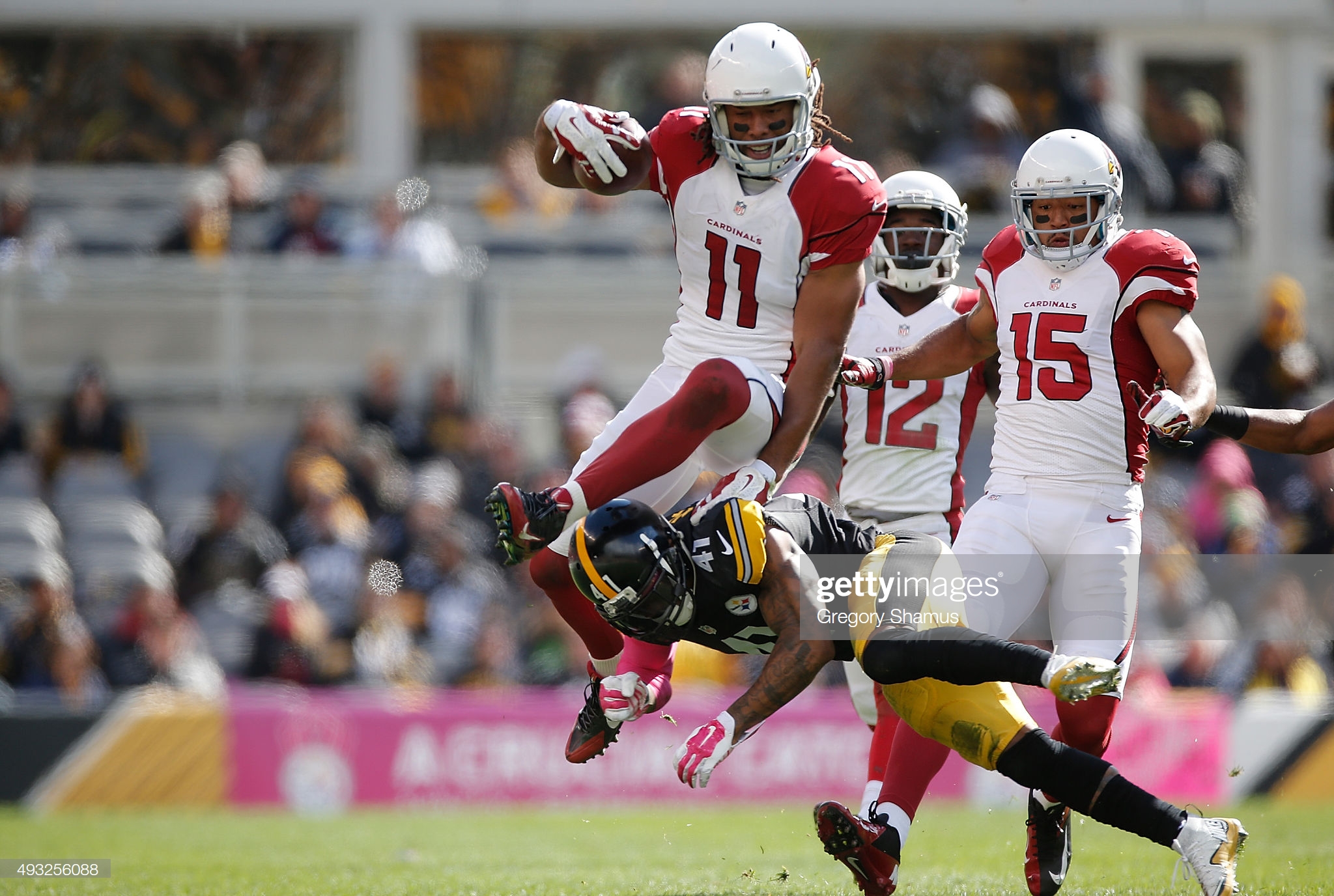 The Pittsburgh Steelers generally do a very good job of scouting and acquiring players who fit their organizational identity. That’s not a flawless process by any means, however, and it certainly doesn’t mean that there aren’t plenty of players around the league who would also be ideal candidates to represent ‘Steelers Football’ under different circumstances.

I’d be hard-pressed to come up with a better example of that than Arizona Cardinals future Hall of Fame wide receiver, and Pitt alum, Larry Fitzgerald. The 2004 third-overall pick couldn’t have been a better ambassador for his team, or for the game, if he tried.

Now 36 years old, Fitzgerald continues to contribute in significant ways. He has 61 receptions on the season for 649 yards and three touchdowns—better numbers than any Steelers skill position player has this year, and with a rookie quarterback.

Arizona will host the Steelers on Sunday, and head coach Mike Tomlin understands that their defense will have to work to limit and contain him, but he also couldn’t help talking about and focusing on the greater whole of the man than the sum of his parts.

“I would be remiss if I didn’t mention Larry Fitzgerald. I just got a lot of respect for Larry, not only in terms of what he’s capable of, but what he’s done, what he means to this game, the way he stands for the game of football, the example that he is for all of us in this business, and just us in general”, Tomlin said yesterday during his pre-game press conference.

“He’s just a quality human being, he’s a bigtime competitor”, he went on. “He’s a guy that’s got a gold jacket-like career. I’ve always got a high level of respect and I’m never surprised when I turn the tape on and watching him being a significant contributor to his team’s efforts, and it’s on his tape in 2019”.

Now in his 16th season, Fitzgerald has only missed six games in his entire career. He has put up 1364 receptions for 16,928 yards with 119 touchdowns. Those numbers rival the great ones—though everybody pales in comparison to Jerry Rice. He is second to Rice in receiving yards by about six thousand. He’s nearly 200 receptions behind. And he actually ranks sixth in receiving touchdowns. Randy Moss is second with 156. Rice has 197.

Rice played with two Hall of Fame quarterbacks for the vast majority of his career, however. Fitzgerald had a short stint with Kurt Warner, and that’s about it. They made an improbable Super Bowl run in 2008, and he scored the go-ahead touchdown against the Steelers with under three minutes to go, but Ben Roethlisberger and Santonio Holmes happened.

It’s almost unfortunate that the Steelers ruined his one chance to win it all. In actual fact, he has only been to the postseason four times—one quarter of his career. If only he could have somehow found his way to Pittsburgh.