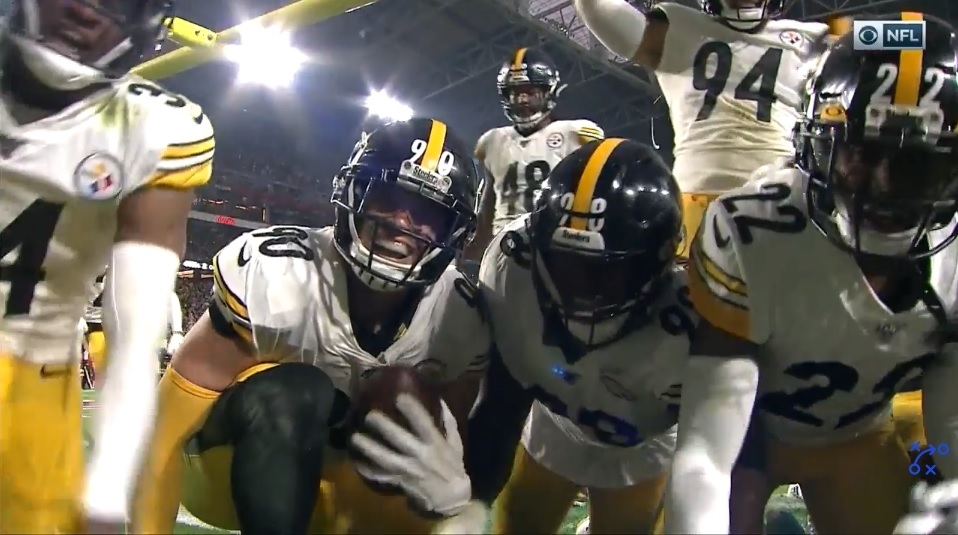 The Pittsburgh Steelers have an elite defense.

Sometimes I think they forget that. At least, that’s what their 4th quarter decisions the last two weeks seem to indicate.

I’ll admit it. I’m being a bit of a hypocrite here. Written several times of how the Steelers’ offense can’t be scared, how no one has won Super Bowls by punting and, the mixed messages Randy Fichtner seemed to be sending towards Mason Rudolph.

But there’s a difference between being the aggressor and making a calculated, safe decision. Pittsburgh’s opted against the former the past two weeks.

Against Cleveland, the Steelers had the ball, up seven, facing 3rd and 6 with 2:00 left. The Browns were out of timeouts. The smart decision? Run the ball, kill another 45-50 seconds of clock, and given Jordan Berry’s strong performance this year, almost certainly pin Cleveland well inside their own 20.

Pittsburgh opted to throw it, resulting in an incompletion and Baker Mayfield having 1:45 to work with instead.

Did they learn their lesson? Nope. Sunday versus Arizona, they faced a similar situation. Ball in the Steelers’ hands, up by four, facing 1st and goal at the two minute warning. Cardinals with just two timeouts. The smart decision? Run it three times, force Kliff Kingsbury to burn his final pair of timeouts, and kick the field goal with just over a minute left. Kyler Murray gets the ball with 60 seconds to go, no timeouts, having to drive the length of the field and get it into the end zone.

Pittsburgh opted to throw a screen on 2nd and goal, an incompletion, and Murray got the ball with 1:42 remaining.

In both situations, the Steelers had a clear, obvious choice. Run the clock down and give the opposition the ball with a minute left, no timeouts, and a long ways to go.

If this was a different year? Even last year, hypothetically working without Ben Roethlisberger? I get the need to be aggressive. Hard to trust the defense to make the stop.

But this year’s defense is not the same. That’s as obvious as it gets. They’re dominant. Pass rush, tackling, takeaways, communication, all of it has been top notch. So why are the Steelers playing like they don’t trust them to get the job done?

I’ll let you in on a secret, Mike Tomlin. The Steelers weren’t giving up touchdowns on either of those drives, Cleveland nor Arizona. Not with just a minute left. Not without any timeouts. Not when they have to go 80+ yards.

All’s well that ends well. Both times, the defense did their job, made the stop, thanks to Joe Haden’s two interceptions. That’s not the point. It’s process over results. The process is poor. What makes it worse is how easy of a decision is. Should you force an offense to face your elite defense with a minute left, needing the end zone, with no timeouts?

There’s no discussion, no controversy. Wake me out of a deep sleep and that would be the immediate response I’d give you. A defense with two legitimate DPOY candidates in TJ Watt and Minkah Fitzpatrick, a stud in Cam Heyward, a secondary playing as well as anyone can remember, better play at ILB, why do I need to say these things. Everyone knows it.

There’s a time and place to be aggressive. I’m all for it. That time is literally any other moment than these end-of-game scenarios. I hope Pittsburgh gets the message if they find themselves in the same spot before this year is through.