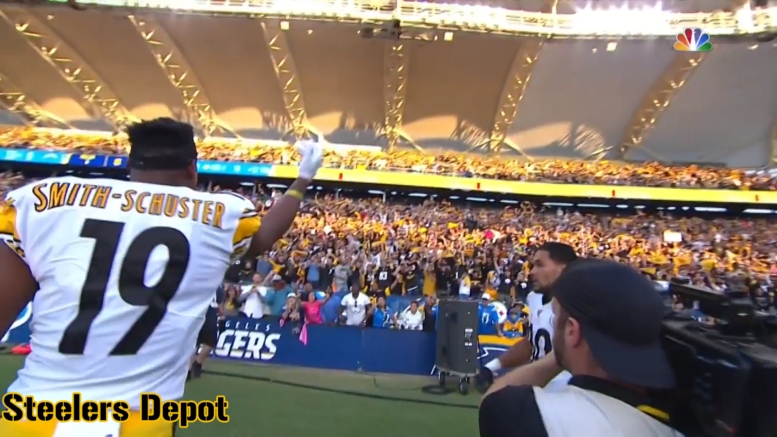 For the second time this season, the Pittsburgh Steelers suddenly find themselves dealing with a player being arrested in the middle of the season. Their responses have been different. The first was veteran Anthony Chickillo, arrested during the team’s bye week for a public altercation he had with his partner.

Chickillo was ultimately placed on the Commissioner’s Exempt List, and was reinstated a short time later. This time, it was first-year undrafted safety Kameron Kelly, who was arrested and charged with having a scuffle with a police officer after being thrown out of a facility. The Steelers waived him hours later and promoted Marcus Allen from the practice squad.

The circumstances of Kelly’s situation will continue to unfold, and I think it’s too early to even say definitively that his time in Pittsburgh is over, depending upon what we learn over the course of time about exactly what took place. His release could have simply been prompted by the team’s need to field a fourth safety for tomorrow’s game.

Wide receiver JuJu Smith-Schuster is also set part to take the field for the game after missing the past four. The 23-year old is in his third season, but has already been established as a leader—in part because he is by far the most experienced and accomplished wide receiver in the room.

He was asked to share his thoughts on the matter during his media availability yesterday. While the team’s website cut that part out of his video interview, Chris Adamski of the Pittsburgh Tribune-Review shared it, and you can see what he said below.

JuJu Smith-Schuster with a message after the incident involving (and subsequent release of) teammate Kameron Kelly pic.twitter.com/39IavZVRYo

“Honestly, for all the young guys out here, just be careful who you’re around, and be a role model for your team”, he said. “You never know when your time’s gonna come for you, but just be a leader, and remember that you’re representing not only yourself, but your family, your last name, Steeler Nation, and your team”.

Smith-Schuster himself has drawn the ire of Steelers fans recently, justly or not, after missing the past several games due to injury yet continuing to maintain a very active public and social media presence. It appears as though he is starting to catch on to the negative optics, even if he has technically done nothing wrong.

When asked what needs to happen over the weekend to make sure that he is able to play, he said, “don’t go out partying, don’t go out dancing, just stay home and make sure my knee’s good”.