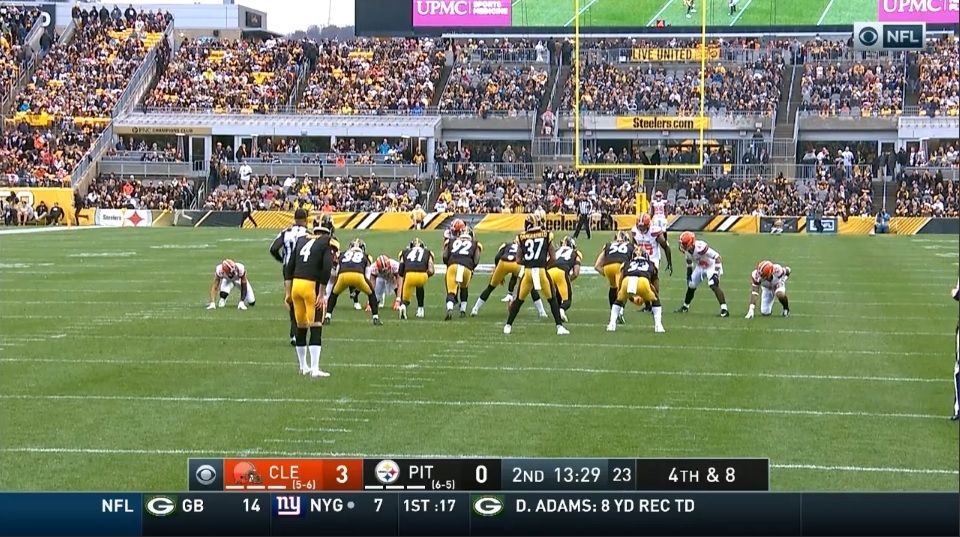 There’s plenty of Pittsburgh Steelers elevating their game this year. Bud Dupree is balling out. Javon Hargrave’s strong play is going to earn him a hefty contract this offseason while Chris Boswell has bounced back the way Pittsburgh wanted – and needed – him to.

But his special teams partner in crime, Jordan Berry, is not only having a career year, he’s having one of the best seasons by any Steelers’ punter. Ever.

At least, that’s what the numbers say.

With only a month to go, Berry is averaging 46.1 yards per punt with a 41.3 yard net. Both are seriously impressive figures.

His total average, 46.1, ranks as a top number in Steelers’ history. If it holds, it’ll be in the top three of franchise history. Here are the top marks of those with 30+ punts in a season.

Berry won’t end the year at 46.1 and the weather turning cold and windy tends to tamp down averages. But he’s going out to Arizona this weekend, away from the Northeast’s cold and snow, and with the way he’s punting, that number may not plummet.

His 41.3 yard net would be an all-time record. To be fair, net averages have sharply rose over the last decade. In 2005, no punter in the league averaged even a 40 yard net. But it’s still a good number, a career high for him, and bests any of the punters right before him, like Daniel Sepulevda, who had a couple quality years but never hit a 41 net. His watershed mark was 39.1 in 2010.

A struggling Steelers’ offense partly explains Berry’s boom. More open ended punts, more chances to drive the football, and credit to the coverage team, who isn’t allowing the big returns they gave up last year. But Berry has also been a consistent player, avoiding that disastrous “junior varsity” punts Mike Tomlin would openly note in his press conferences.

Since entering the league in 2015, here are the number of his punts from midfield or further (in Steelers’ territory) that went less than 40 yards.

Only five this season, a number that will rival and potentially beat what he did in 2016, where he had his previously best season, averaging more than 45 yards per punt and over 40 yards net.

Berry’s been playing varsity football from start to finish. All season long, he and this coverage unit has been critical in flipping the field to support the Steelers’ defense.