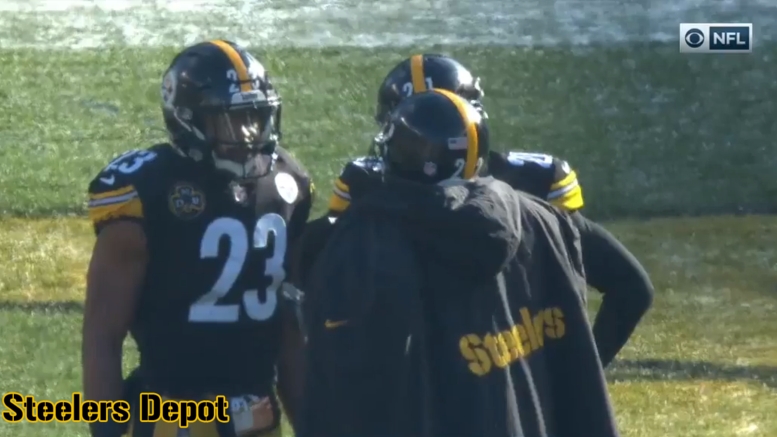 One of the defining traits of the Pittsburgh Steelers defense was that it was largely driven by internal veteran leadership, both on and off the field. They policed themselves, both personally and professionally, and it didn’t matter if those veterans were homegrown or imported via free agency. Think James Farrior.

Now, that free agent veteran is Joe Haden, who inherited an important responsibility last offseason with William Gay seeing his last down with the team. The veteran cornerback, who was just entering his first offseason with the team, took it upon himself to begin taking over the player-only defensive back meetings on Thursdays.

These meetings are something that hasn’t really even been talked about or publicized. Most of us probably didn’t even realize that they had been happening, but they’re not uncommon in the league—even though Haden admitted to Brooke Pryor of ESPN that he’d never seen that in his seven years in Cleveland.

In his first year here in 2017, it was William Gay and Mike Mitchell running the meetings. Both were released the following offseason, however, and so the responsibility of taking over pretty much fell to him by default, but he was more than happy to do it, and “he takes it very seriously”, according to Cameron Heyward, who tried to sneak into one meeting for the grub.

“I just love the fact that coaches treat us like pros and know that we’re going to have it right”, Haden said, telling Pryor that the players understand exactly how the coaches want them to execute a play, and so are able to self-correct as they go over the day’s practice tape.

Said senior defensive assistant Teryl Austin of these player-only meetings, “I want that stuff to happen naturally and what they talk about to be theirs. I don’t want it to be mine. I want it to be theirs”. He likened it to being told what to do by a parent versus being able to talk about it with a sibling or a friend, a peer on the same level, allowing especially younger players to be more open with their questions.

“You want that group to develop some trust, some cohesiveness and be able to play well together because there’s so many moving parts”, Austin said. “If you don’t have that, then that’s when you give up a lot of plays. You don’t make the plays you’re supposed to make”.

The secondary hasn’t given up a lot of big plays this year, but they have been making them. They rank high in both interceptions and in explosive plays allowed, and while talent can account for a lot of that, so too does the cohesion with which the group has to work. Part of that comes from within the locker room, and these traditional Thursday meetings.