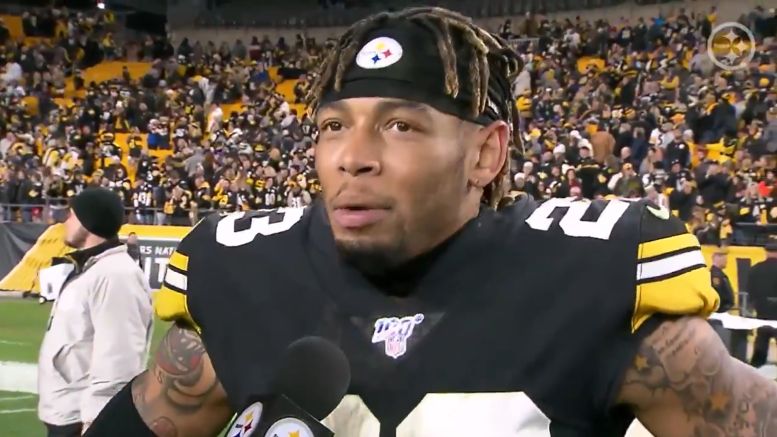 In such a bizarre season, we have seen a lot of randomly impressive numbers cross our eyes. The Pittsburgh Steelers are on the verge of becoming one of the very few teams to start the season 0-3 and still make the postseason, for example. Devlin Hodges is the first non-replacement rookie undrafted quarterback to win his first three games. I could go on.

Perhaps the most absurd statistic, however, is the fact that Joe Haden, in 43 games, has now won more games since signing with the Steelers in 2017 than he did in seven seasons and 112 games with the Cleveland Browns, the team that drafted him.

The Steelers have now won 30 games with Haden since 2017, while the Browns only won 29 games between 2010 and 2016, an observation originally brought to my attention via Missi Matthews on Twitter.

#SteelersFunFact, (h/t Twitter-less Alec): @joehaden23 now has more wins (30) with the #Steelers than he had in his seven years in Cleveland (29). pic.twitter.com/cRfnBhO269

So it would be going too far to attribute much of these 30 wins solely to Haden, because they were already winning their share of game before he arrived, even in the three years prior to him first setting foot in the home locker room of Heinz Field to dress for a game.

That’s not to say he hasn’t been a valuable member of the team. After all, he has just sealed each of the Steelers’ past two wins with interceptions in the closing minutes. He has four interceptions on the year, which is, outside of Minkah Fitzpatrick’s five this year, the most by any Steeler since Troy Polamalu finished with seven in 2010.

What Haden brings off the field is as important as what he does on the field as well. Other players look to him as a leader, and they have been doing that even since he first arrived in August of 2017. His reputation preceded itself, rightfully, and he’s only expanded his resume since then with three years of quality play in Pittsburgh.

Now 10 years into his career, at age 30, Haden is having probably his best season in half a decade or more. For his career, he now has 26 interceptions (seven in Pittsburgh), six forced fumbles, 511 tackles, and three sacks. And here’s an amazing stat to end things with: he had three tackles for loss in his seven years in Cleveland. He has eight in 39 games played in Pittsburgh.