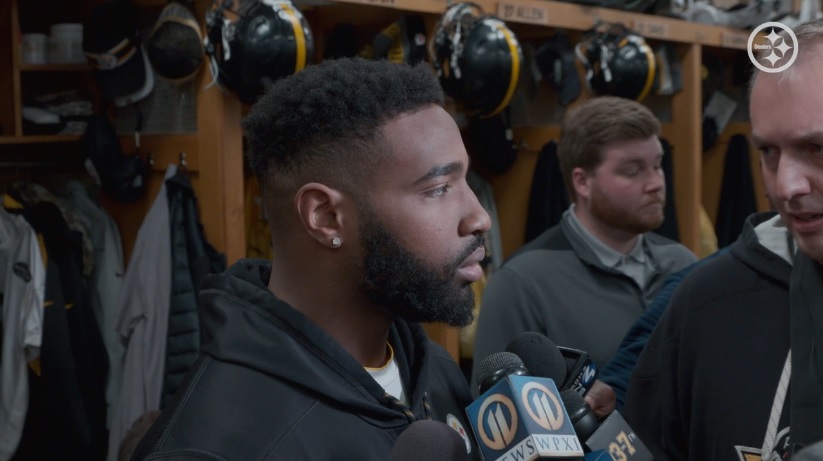 If the Pittsburgh Steelers want any hope of climbing out of this offensive pit they find themselves in, they have to run the ball a whole lot better than the last two weeks. Jaylen Samuels knows it.

Pittsburgh’s run game has suffered in their two-game losing streak, hardly doing anything against the Buffalo Bills or New York Jets. Samuels is included in that bunch. After arguably two of his better games in the rematch victory over the Cleveland Browns and the ensuing win over Arizona, he’s carried the ball five times for just six yards since.

Of course, his opportunity has been limited by James Conner’s brief returns to action. Conner will almost certainly miss the finale, creating a bit more certainty when it comes to the backfield rotation as opposed to Conner leaving halfway through a game and the gameplan needing to be altered.

For Samuels, he says it starts with good practice habits that carry over into stadiums.

“Just practice hard. Practice with that mentality. Don’t really change anything. Just do what we gotta do.”

As stressful as this game is, the Steelers’ season will be decided in just a couple days, he’s also trying to take a lighter approach to the moment.

“Just have fun. Enjoy this week.”

For the year, Samuels’ numbers certainly don’t look pretty. Despite ten more carries than what he received as a rookie, he has 80 fewer yards and his yards per carry plummeted from a hearty 4.6 in 2018 to 2.7 this season. Among backs with 50 rushing attempts, only Miami’s Kalen Ballage has a lower average. Samuels is the first Steelers’ RB with at least 50 carries to be held under three yards per carry since Preston Pearson in 1970.

But there’s still one more week to change those numbers. Baltimore comes into Sunday with a below average ranked defense, allowing 4.4 yards per carry, and will be without hulking NT Brandon Williams, rested with the team having nothing to play for. When Williams sat out their Week 4 matchup versus Cleveland, the Browns racked up nearly 200 yards on the ground. Pittsburgh doesn’t have to hit that mark, though I won’t complain if they do, but they’ll need to be in at least triple digits to pull off the win and keep their playoff hopes alive.