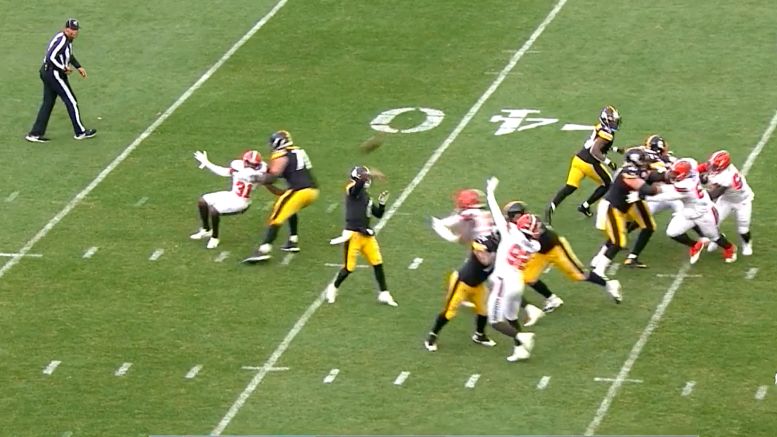 Tomorrow’s matchup will pit rookie starter against rookie starter at the quarterback position. For the home-team Arizona Cardinals, it will be first-overall pick Kyler Murray, who has been a full-time starter since the word go. The Pittsburgh Steelers will be fielding Devlin Hodges, an undrafted rookie, unsigned after the draft, who failed to make the practice squad initially, making his third start.

Their stories could hardly be more different, but nevertheless, here we are. Murray has led his undermanned Cardinals to a 3-8-1 record, coming off a blowout loss to the Los Angeles Rams. Meanwhile, Hodges has won both of his previous starts, even if he didn’t blow the doors off the stadium when he did.

Said Cardinals head coach Kliff Kingsbury on Hodges, “he has great poise. I was telling our media people having been in a similar situation, kind of being a fringe, two, three, practice squad type quarterback, to be able to step in like he has done, the way he handled himself with poise, made some clutch throws, it’s really impressive to watch”.

That was especially the case last week, during which Hodges connected on four of six deep-pass attempts, three of which went to second-year wide receiver James Washington for receptions of 30, 31, and 44 yards. The shortest of the three went for a touchdown.

In all, he completed 14 of 21 passes in the game for 212 yards, with a touchdown pass and an interception. On the season, seeing action in four games, he has completed 41 of 61 pass attempts for 530 yards, throwing three touchdowns to two interceptions, with a quarterback rating of 97.

Hodges was initially invited to attend the Steelers’ rookie minicamp, during which time he outperformed Brogan Roback, earning a contract to the 90-man roster to serve as the number four quarterback for the offseason.

As he continued to impress, he was afforded an unprecedented number of opportunities for the number four quarterback in Pittsburgh, in spite of the fact that there was a hotly-contested competition between Mason Rudolph and Joshua Dobbs.

As was expected, Rudolph and Dobbs earned the two backup positions, and Hodges was waived, subsequently going unclaimed and unsigned. After the first week of the season, however, the Steelers traded Dobbs and signed Hodges to the practice squad.

Following Ben Roethlisberger’s season-ending injury, Hodges was eventually signed to the 53-man roster, becoming Rudolph’s backup. He had to finish the Week Five game against the Baltimore Ravens after Rudolph suffered a concussion, and started the following week against the Los Angeles Chargers.

More recently, amid struggles that were highlighted by a flurry of interceptions, Rudolph was benched two weeks ago in the second half against the Cincinnati Bengals. Hodges helped to author a comeback victory, was named the starter for this past week, and won that as well. He figures to remain the starter provided that he continues to deliver a brand of football the defense can win with.