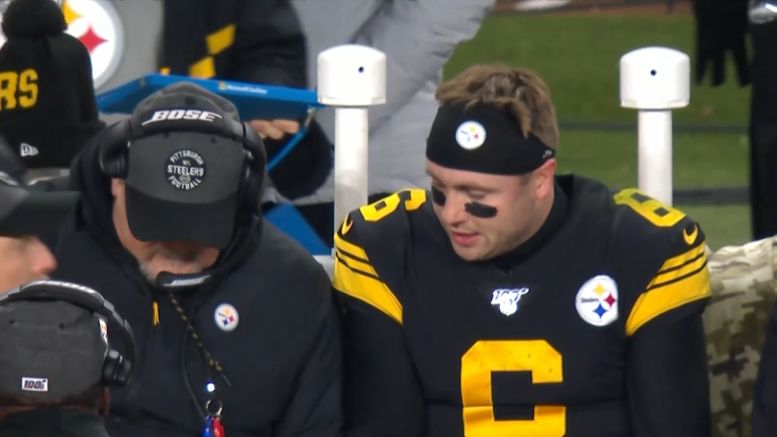 Topic Statement: The Steelers would be better off not making the postseason.

Explanation: This is a debate that has raged on for most of the year, and pretty much always will under comparable circumstances. Even with the Steelers showing to be better than thought, they were labeled clearly not good enough to win it all, and under such conditions, there are those who would always favor missing the playoffs and getting a better draft pick.

This is a team that would lose to just about anybody who is trying to win a game at this point. Fortunately for them, the Baltimore Ravens probably won’t be trying much next week in their season finale, which they pretty much have to win to get into the postseason. The Ravens have already secured the number one seed and have nothing material for 2019 to play for.

At this point, any postseason game they play is a virtual exhibition, because they have no chance of advancing. They certainly don’t have the offensive firepower to defeat the Houston Texans or the Kansas City Chiefs, who will most likely be who they would have to play.

Missing the postseason spares them the humiliation of a blowout loss after skidding to the finish line, it assures that nobody else can be seriously injured in what is essentially a meaningless game, and it also maximizing your potential for a draft pick.

But the Steelers don’t even have a first-round pick in 2020, so that immensely reduces the value of ‘tanking’. And if they’re going to be one-and-done anyway, then their seeding won’t make much difference. They will still be drafting in the low-to-mid 20s whether they make the postseason or not as a team that will have at least a .500 record.

More importantly, this is a young roster, and you want to show them what the postseason environment looks like, what they’re playing for, regardless of how realistic their chances are of winning. And this is an organization that will always try to win every game.

Sometimes the experience that the players on your roster will gain from the postseason experience is of more value than what you would benefit in draft position, even if you have a first-round pick. This is a talented roster when it’s healthy that can win the Super Bowl. The defense has proven that, and the offense will look entirely different with Ben Roethlisberger returning.

This is for guys like Diontae Johnson, Devin Bush, James Washington, Minkah Fitzpatrick, and the like. These guys not only deserve to get a taste of the postseason, but would benefit from experiencing it as well. And that’s, uh, a pretty big deal. Even if they don’t win a game.