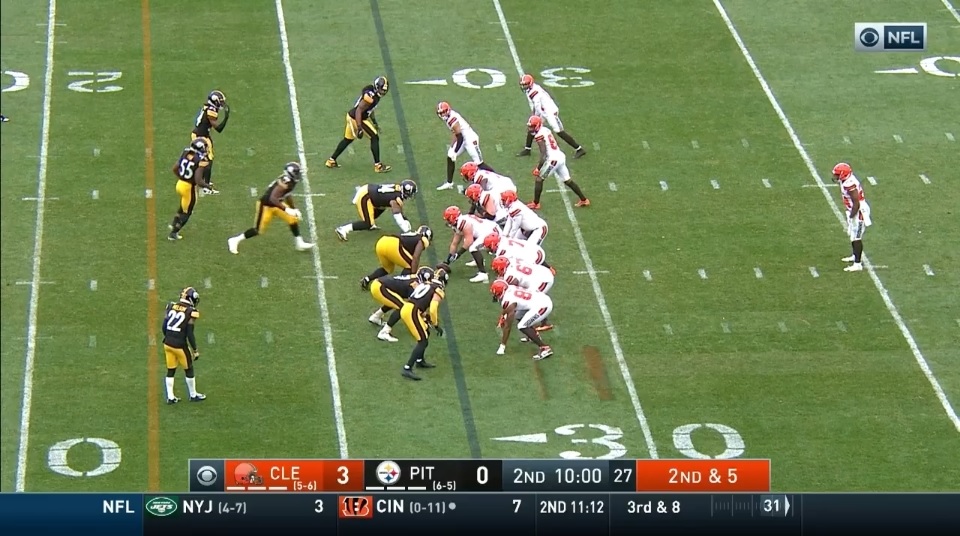 It only happened twice yesterday so you needed an attentive eye to catch it. But for the first time all season, TJ Watt lined up on the right side with Bud Dupree on the left. Their “old” positions, the ones they played at back in 2017, Watt’s rookie year, before making the flip last season.

Speaking with Steelers.com’s Missi Matthews after Sunday’s win, Dupree explained why they made the move.

“It was a couple times,” he said. “Just personnel wise.”

Here are the two examples of it from yesterday. Once in the second quarter, once in the third. 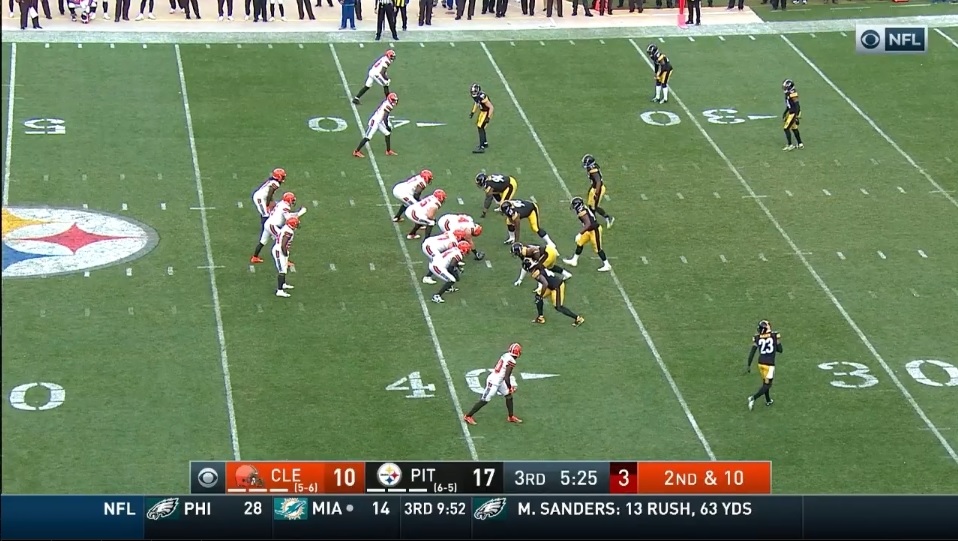 The first came against 11 personnel with the Steelers in base, the second in 20 personnel – again in base – with Watt off ball on the slot wideout. So to some degree, it looks like the focus was having Watt in coverage moreso than Dupree and the other numbers tell that story. Watt dropped into coverage six times Sunday, which is the second most this season, only trailing Week 3 against the 49ers, when he did so 11 times.

Encouraging as it was, don’t expect to see it often the rest of the regular season.

“It probably won’t happen a lot in the game plan. But we’re just trying to give them different looks, get us on different sides of the ball.”

It would be nice to see them flip a little more going forward. That forces opposing offensive tackles to prepare for both players, lets the pair of them exploit more matchups, and makes their moves more effective when linemen are seeing less of them. That speed to bull rush the right tackle is sitting on might work better against the left tackle, who has been dealing with Dupree’s speed/rip move all game.

Of course, with the production of those two, now a combined 21 sacks, and the overall elite play of this defense, it might be better not to rock the boat.