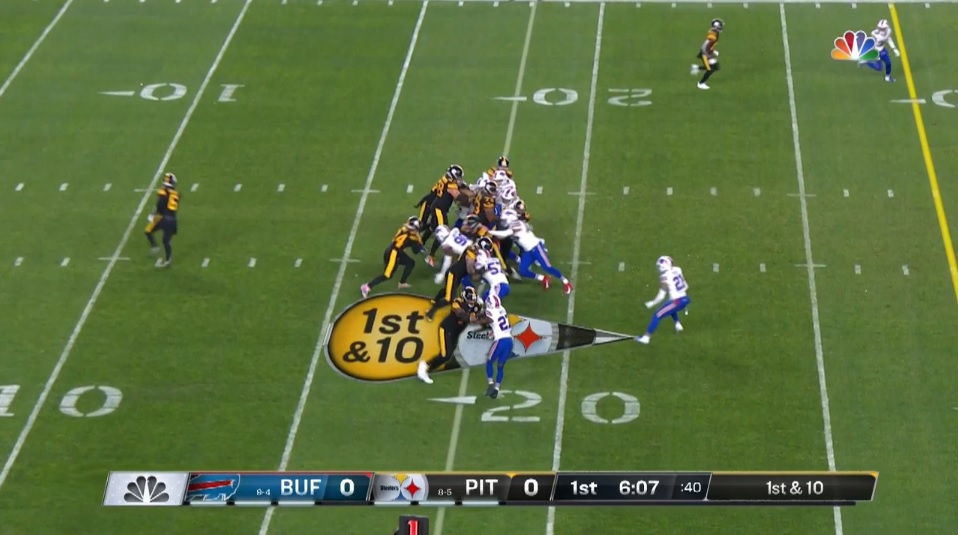 Pittsburgh’s supposed gameplan was a heavy dosage of running the football Sunday against the Buffalo Bills. With the way things unfolded, it’s fair to wonder if the coaches forgot it the second they arrived at Heinz Field. Circling back to an article from PennLive’s Jacob Klinger, who got this interesting quote from rookie running back Benny Snell.

“The game plan was we were gonna run the ball and we were gonna use everybody,” Snell told Klinger. “But I guess it was different when it was game time, you know?”

Pittsburgh ultimately dropped back 42 times, running it only 15, one of which was a QB sneak by Devlin Hodges on 3rd and 1.

Mike Tomlin blamed the imbalance on circumstance, throwing so much on the final two drives that it skewed the numbers. But even if you exclude those drives, the Steelers still threw the ball 64% of the time in the loss. Buffalo came into the game with a top three pass defense but below average run defense. Pittsburgh had leaned on a strong run game in their previous three wins, netting at least 120+ yards in each game.

Against Buffalo, they had only 58 yards on the ground. Hodges was picked off four times, the deciding factor in the loss.

Snell went on to tell Klinger the gameplan was for the backs to rotate in specific packages and personnel groupings. But James Conner dominated the snap count, logging 34 snaps, Jayle Samuels had 17, Kerrith Whyte six, Snell just two, and Trey Edmunds one.

The Steelers will have a tough task this weekend against the New York Jets’ front seven, which rank 1st in yards per carry allowed and 2nd in yards per game. They’ve allowed only one 100+ yard rusher all season, Zeke Elliott two months ago, while only three other running backs have even cleared the 70 yard mark. Only once has that happened, Mark Ingram last weekend, since November.

Should the Steelers want to employ a run-first gameplan this time around, they better stick with it.