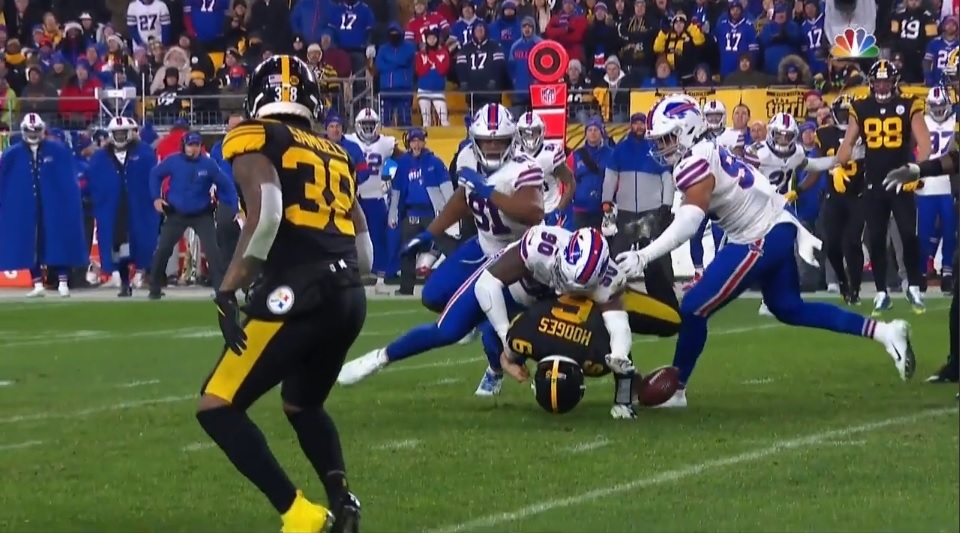 Question: Have the Steelers figured out their pass protection woes from last week?

One of the main failings in Pittsburgh’s loss during their final home game of the season was their inability to diagnose and counter the variety of blitzes that the Buffalo Bills presented them, and their failings came in a variety of forms, down to scheme, diagnosis, performance, and adaptability.

Today, they face a Gregg Williams defense known to bring the heat in a variety of ways, especially when he’s facing a young quarterback, and that’s decidedly what he’s getting in Devlin Hodges, who has struggled to get out of his own way at times in the pocket—or out of the pocket when he shouldn’t be.

And they just watched their own division rival shut this offense down in Heinz Field. They’ve seen that tape, and they know what worked. You can be sure that they’re going to test this group to see if they’ve plugged up those leaks.

While Hodges did throw four interceptions, some of them were coaxed by pressure from the Bills’ blitzes. They also made him throw the ball away a number of times, even on third down. You never want to simply give up on a third-down play if you can avoid it. With the appropriate protection, you should be able to.

The New York Jets are not supremely talented, but they can be creative defensively and can produce game-changing negative plays, especially against a fragile offense such as Pittsburgh’s. it goes without saying that giving Hodges clean pockets and time to make good decisions will be critical.