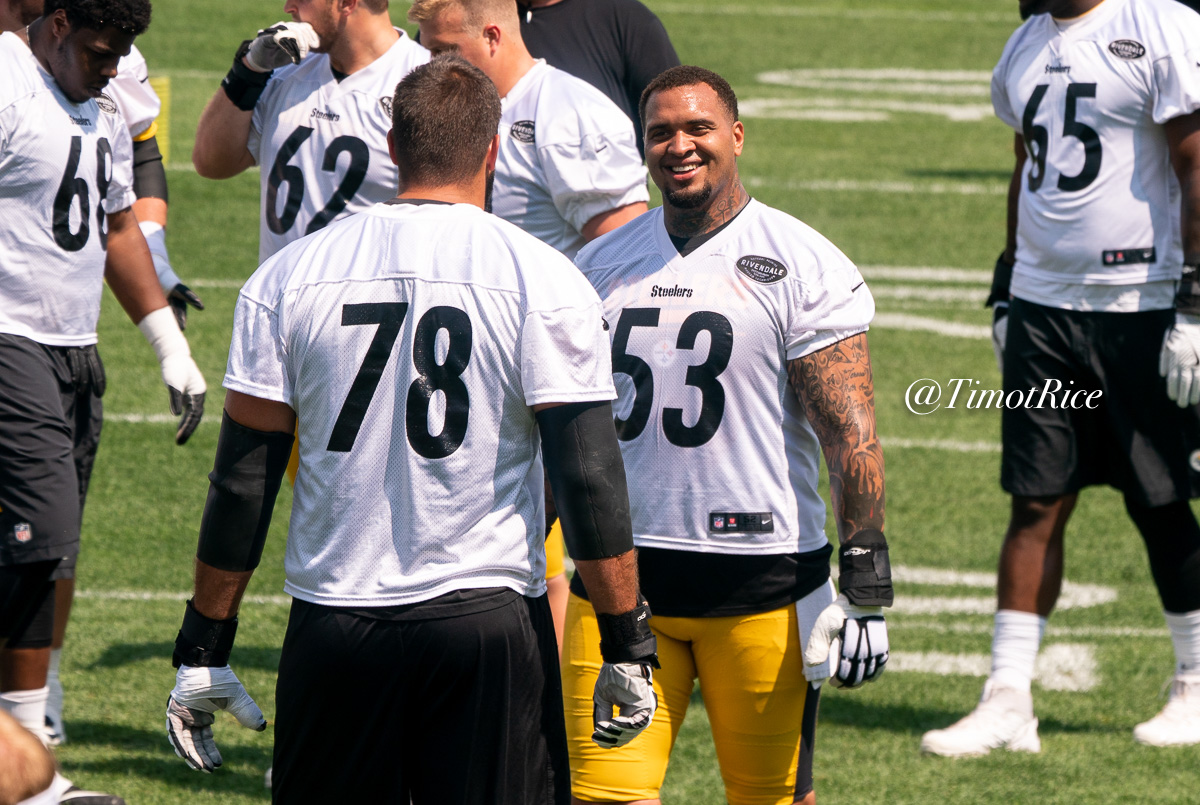 For the first time since his last serious injury in 2015, the Pittsburgh Steelers will not have veteran center Maurkice Pouncey, even on the sidelines, for a game over the course of the next two weeks. There have been games he has not participated in in between due to rest, but he was still there as a leader.

Outside of the circumstances of his two season-ending injuries, and whatever that was required to entail, this is a team that has not been without Pouncey and his personality and vocal presence since he was drafted in the first round in 2010, quickly earning a starting job, becoming a Pro Bowler, and starting the change along the offensive line that has led them to become one of the best units in the league.

Now he is serving a two-game suspension for, in his mind, doing what he does best: protecting his quarterback. Or at least having his back. After he witnessed Cleveland Browns defensive end Myles Garrett assault Mason Rudolph with his own helmet, he told reporters after the game that he ‘blacked out’ and started throwing punches at Garrett. That landed him a three-game suspension that was reduced to two.

His absence will be felt. Just ask Alejandro Villanueva, who spoke about it to Tom Pelissero last week. “His philosophy and his attitude has been contagious and always a reference for our players as they’re trying to establish their careers and find out the values that matter in football and not get distracted by the media and outside noise”, he said.

“His teachings have been established for a very long time, and so hopefully we can carry them on without his presence”, Villanueva went on. “Obviously, we’re going to miss him, because he’s a really funny guy and keeps everything very entertaining, but also because he brings a lot of drive and energy that is going to be needed as we try to turn this offense around”.

There’s a reason that Pouncey has worn the ‘C’ for captain on his jersey in recent years. He is the third-longest tenured player on the entire team, behind only Ben Roethlisberger and Ramon Foster, and is the most decorated, having gone to seven Pro Bowls and been named an All-Pro five times, earning both accolades as recently as 2018.

The good news is that, despite how significant a role Pouncey plays in the locker room, and even in the offensive line room, there is literally no other position on the roster so veteran-laden. Foster, 33, has been here for over a decade and has long been Pouncey’s left-hand man. David DeCastro and Villanueva are both decorated.

Even Matt Feiler and B.J. Finney have both been a part of the Steelers’ system for going on five years now, including time served on the practice squad.