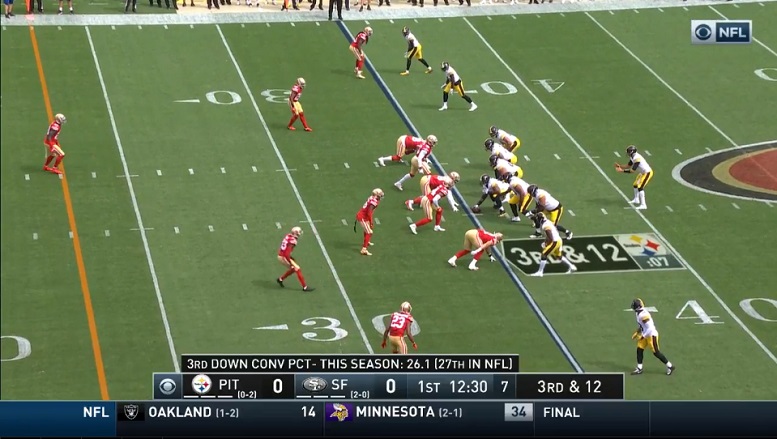 The Pittsburgh Steelers will host the Cleveland Browns Sunday at Heinz Field in a game that is deemed by many as being a must-win for both teams. With the Steelers scheduled to start a rookie undrafted free agent quarterback in Devlin Hodges on Sunday against the Browns, it’s not surprising that Cleveland is favorited to win in Pittsburgh for the first time since 2003. The Steelers, however, currently have two unfortunate long-running streaks that if both are broken on Sunday, will go a long way in helping them upset the Browns at home.

First, the Steelers currently have a streak of 18 games in which they’ve given the football away via a turnover. You must go all the way back to the Steelers Week 10 home game against the Carolina Panthers to find the last time the Steelers did not suffer at least one giveaway in a game.

The Steelers, in case you’re curious, are 8-1 in their last nine games that they did not incur a giveaway in. Their last loss when not suffering a giveaway in a game was in Week 2 last season against the Kansas City Chiefs.

The last time the #Steelers had a touchdown on an opening offensive possession was in Week 15 of the 2018 season against the Patriots.

In that span of 13 games the Steelers offense not only has failed to score a touchdown in an opening drive, only once has the unit managed to score a field goal and that happened in Week 3 this season and after the team’s defense forced a turnover against the San Francisco 49ers deep in their own end.

In the last nine games that the Steelers have scored a touchdown on their opening drive the team posted an 8-1 record with their lone loss being to the Los Angeles Chargers last season in Week 13.

If the Steelers can end both streaks on Sunday at Heinz Field, it’s not hard to imagine then winning the game and especially if the team’s defense continues to play at the same level they’ve played most of the season.

Streaks were made to be broken and on Sunday against the Browns it would be great to see the ones I just posted about meet their respective demises.