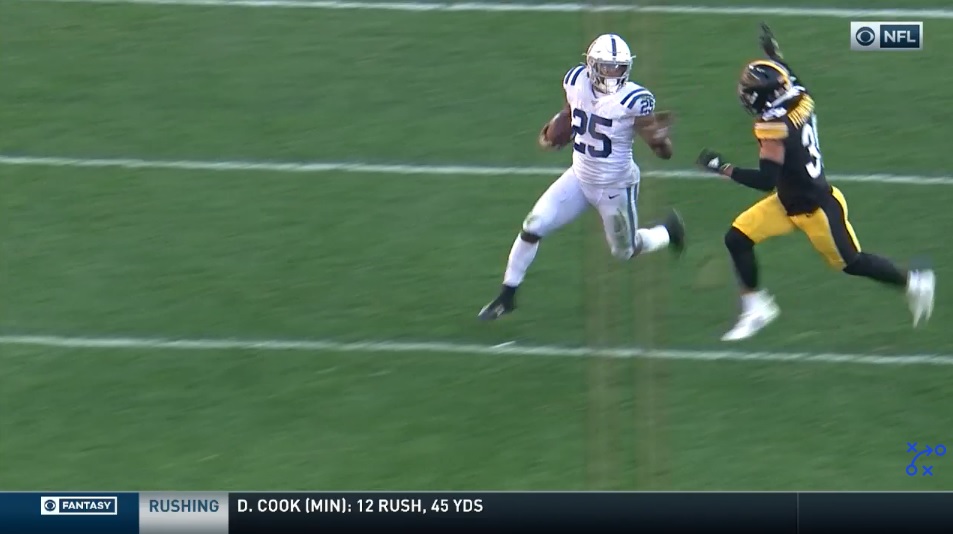 The Pittsburgh Steelers won the war but lost the battle in the trenches against the Indianapolis Colts. Save for a 45 yard run by Trey Edmunds early in the game, the rushing attack was bottled up. On the other side of the ball, Indy ran for 139 yards, led by Marlon Mack’s healthy 4.2 per carry average.

Mike Tomlin acknowledged the team has to be better up front if they want to beat the Los Angeles Rams.

“We got to run the ball better on offense particularly in the waning moments of the game,” Tomlin said during his Tuesday presser. “We weren’t able to maintain possession of the ball. I thought they won the line of scrimmage. We gotta be better in those areas. We’ve got to be better also at stopping the run. I thought largely Indy was able to do the things that they wanted to do in regards to the run and control the game in a lot of ways that way.

On Sunday, there were simply far too many missed tackles, missed chances, and piles that moved forward by the Colts’ ball carriers. There were other issues, not highlighted in the presser but still obvious, like the mass substitution on 4th and 2 that put backups in and left the Steelers with just ten men on the field. Mack rushed for an easy five yards to convert.

Given the current state of the Steelers, there’s a heightened need to win up front. That’s where the strength of this team lies, the offensive and defensive fronts, especially in regards to the former.

“Particularly with our current makeup and the things that we’re trying to get done on both sides of the ball,” Tomlin said. “The winning end of the line of scrimmage is significant.”

If the offensive line doesn’t perform well, an already turbulent offense is going to struggle all the more. Things don’t get a whole lot easier this weekend as Pittsburgh hosts the Rams. LA has the third best run defense in football allowing only 3.6 yards per carry. That’s led by a stellar d-line featuring Aaron Donald. Although the team has been more careful with Todd Gurley this year given his chronic knee concerns, it’s an effective bunch that can create big plays between him, Malcolm Brown, and rookie Darrell Henderson.

Odds are, if Pittsburgh loses the battle up front again, they won’t walk away with their fourth straight victory Sunday.