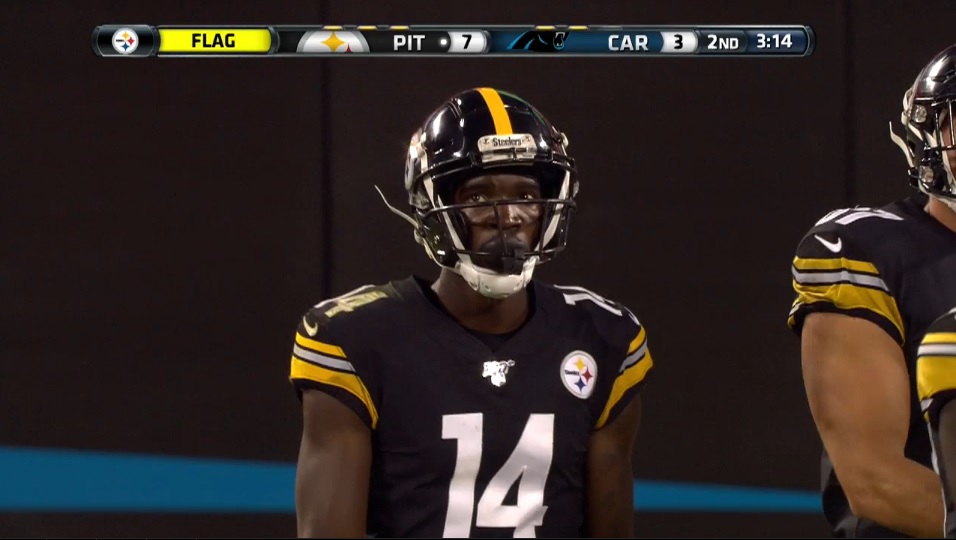 The Pittsburgh Steelers made one transaction on Thursday as wide receiver Tevin Jones was signed to the 53-man roster from the team’s practice squad, according to the player’s agent. The move was likely made due to wide receiver Ryan Switzer ruled out for the Thursday night game against the Cleveland Browns with a back injury. Jones is expected to dress Thursday night.

Congratulations to @teamdec_ client @tswaggjones on being signed to @steelers active roster for tonight’s game! https://t.co/RqwTSi7hCw

In the eight total preseason games that Jones has played in for the Steelers he’s registered nine receptions for 131 yards and three touchdowns.

Jones entered the NFL originally with the Houston Texans in 2016 as an undrafted free agent out of Memphis. Prior to signing with the Steelers in 2018, he had also been a member of the Kansas City Chiefs during the 2017 offseason.

We’ll find out soon what the corresponding roster move was soon as the Steelers have yet to formally announce the Jones signing.

Here is the Tevin Jones TD against the Bucs this past preseason. #Steelers #HereWeGo #Pittsburgh pic.twitter.com/QAHasFTcfc