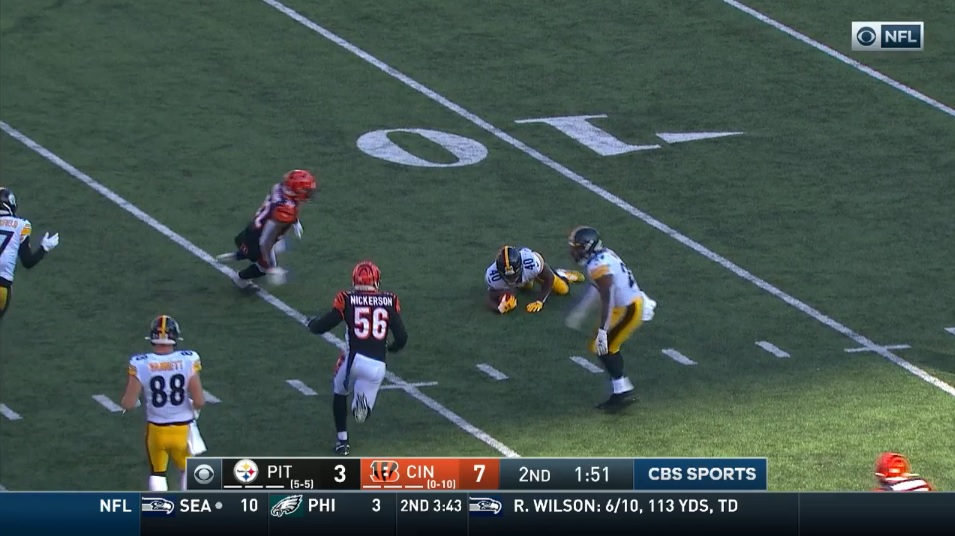 Big shocker here. The Pittsburgh Steelers’ kick return game didn’t get any better Sunday. One return, a measly 15 yards, which we’ll check out in a second if you’re glutton for punishment. With just five games to go, the Steelers are on pace for an all-time bad unit.

They’re currently 31st in the NFL in kick return average at 17.9. Only the Dallas Cowboys can make Steelers’ fans feel a little better about themselves. Jerry Jones and crew are sitting below 13 yards per kick which literally might be an NFL record low. But by no means does that make what Pittsburgh’s doing, or not doing, acceptable.

To put things in perspective, if the Steelers’ average remains unchanged the rest of the year, it would be their third-worst output since the 1970 merger. Here are the top five lows, including 2019.

2019 is narrowly third worst, only trailing the ’93 and ’92 seasons. You’d think with the rule changes, like getting rid of the wedge, kick return numbers would be worse now but that’s not the case. The other four seasons on the list are all prior to 2000, the Kevin Colbert era, though the last two seasons come close to cracking the list. 19.1 in 2017, 19.3 last year.

Let’s check out Sunday’s lone return. Kerrith Whyte Jr. for 15 yards on a terribly blocked attempt that, you guessed it, gave him no chance.

The return took them out to the 12. Trey Edmunds was called for an illegal blindside block, which backed the offense up to their six. Took a penalty and still had an abysmal return. That’s like cheating on a test and still only getting a D+.

Heads up to the new guy. Just take a knee. Heck, let the ball bounce into the end zone. It’s almost certainly going to result in better field position.

I’d love to have hope for the rest of the season but based on the past three years, it’s hard to be optimistic. The only saving grace here is most other aspects of special teams are playing well.