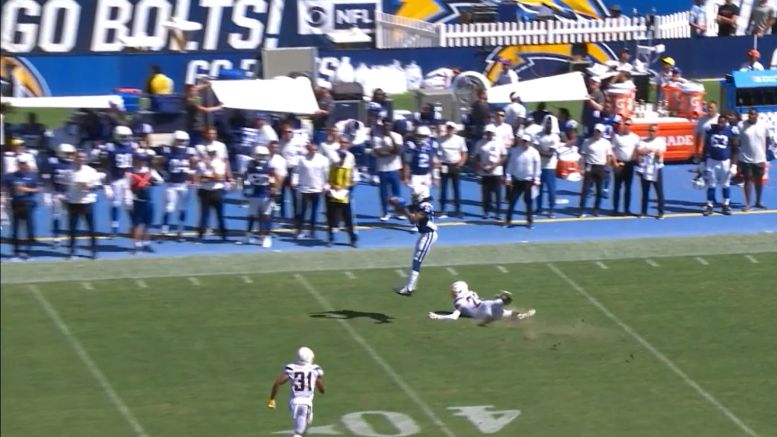 My, how the turn tables.

In fairness, one of the players they signed was originally their own, of course, that being rookie college free agent outside linebacker Tuzar Skipper. A rookie minicamp invitee, he was signed to the 90-man roster after minicamp, then led the league in preseason sacks. He made the initial 53-man roster before being waived to be moved to the practice squad, at which point the New York Giants claimed him.

But the Giants waived him a month back, and he’s been sitting on the practice squad since. It’s unclear why they would sign him now if they elected not to sign him earlier. In the past few days, they have released outside linebackers Jayrone Elliott and Sutton Smith, from the roster and practice squad, respectively, and added Skipper.

Prior to bringing him back, the team also signed a running back off of the Chicago Bears’ practice squad and a wide receiver off of the Indianapolis Colts’. Both are likely to dress for Sunday’s game, given the health circumstances at both positions.

Deon Cain is the wide receiver, a second-year player who spent his rookie year on the Reserve/Injured List. He spent most of this season on the 53-man roster, but has been on the practice squad for a few weeks after catching just a few passes during the year.

The running back is rookie Kerrith Whyte, Jr. He also made the initial 53-man roster for the bears and was on the team for the first three weeks before being waived and moved to the practice squad. He did not play during that time.

Said head coach Mike Tomlin of the new faces (prior to the Skipper signing) about how they will contribute, “I have no idea as I stand here right now. How quickly they learn, the level of detail and their level of play and their talent level will all be elements of that evaluation process”.

“We like those two guys. We like their talent. That is why they are here”, he added. “But being with them day-to-day, instructing them, seeing how quickly they can learn and get on the move and train and add the type of execution in play speed and detail will be the determining factor in terms of their roles”.

Now, it goes without saying that none of these players are expected to be difference-makers. They’re just being brought in because they need some hands to put into the pile to get the job done. Perhaps they’ll have the opportunity to develop over time.