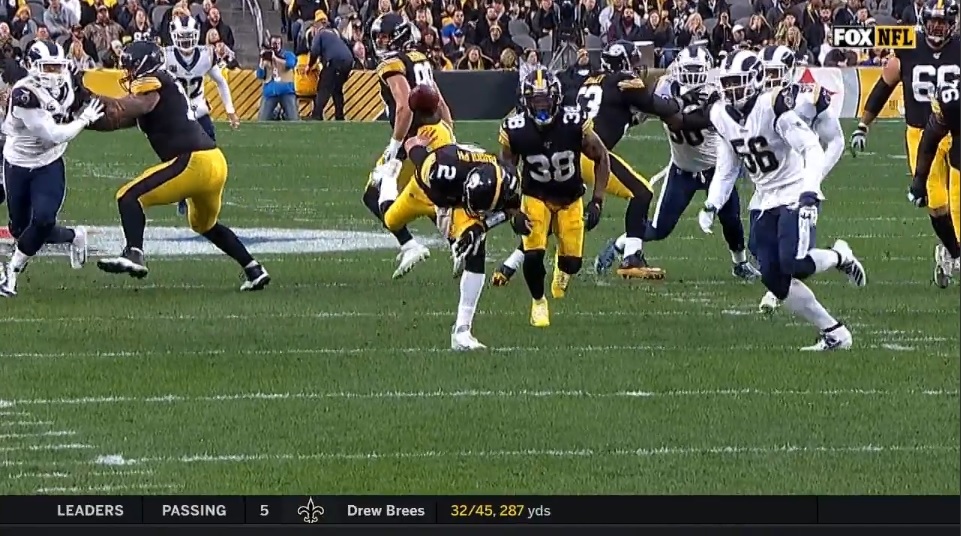 Not only is the Pittsburgh Steelers’ offense going nowhere on their first possessions, they’re actively harming the defense. In hindsight, it’d be better to punt on the first play of each drive. I’m not kidding. Punting on 1st and 10 the last three weeks would’ve been a more favorable outcome than what’s happened.

Since the bye, here are the end results of the Steelers’ first drive of the game.

Indianapolis: Mason Rudolph interception (thanks to a JuJu drop). Colts take over at the Steelers’ 35 yard line.

Or look at it this way. The last time the Steelers opening drive didn’t end in a three and out or a turnover? You’d have to go back to Week 3 against the 49ers, where they didn’t pick up a first down but thanks to a San Fran turnover, kicked a field goal to take an early 3-0 lead. Here’s the end result game-by-game.

Only twice this season have the Steelers recorded a first down on their first possession. The aforementioned one against Indy, which ended in a pick, and Week 1 against the New England Patriots.

So it shouldn’t be a surprise no team has gained fewer yards on their first drive than Pittsburgh (6.6) and they’re one of only five teams not to have an opening drive touchdown this year. They join the Chargers, Saints, Titans, and Texans. Even the New York Jets have found the end zone three times on their first drive. You never want to be behind them in any offensive category.

Their struggles are repeatedly putting the team in a hole early. Down 7-0 to the Dolphins. 3-0 to Indy. And 7-0 to the Rams this weekend. Pittsburgh’s proven to be a resilient bunch but there’s only so many times you can climb your way back after those kinds of starts.

For once, it’d be nice to play with an early lead. If they keep playing from behind, it’ll catch up to them, and that’s how you end up losing a future game, say against those Jets, that you should’ve won.