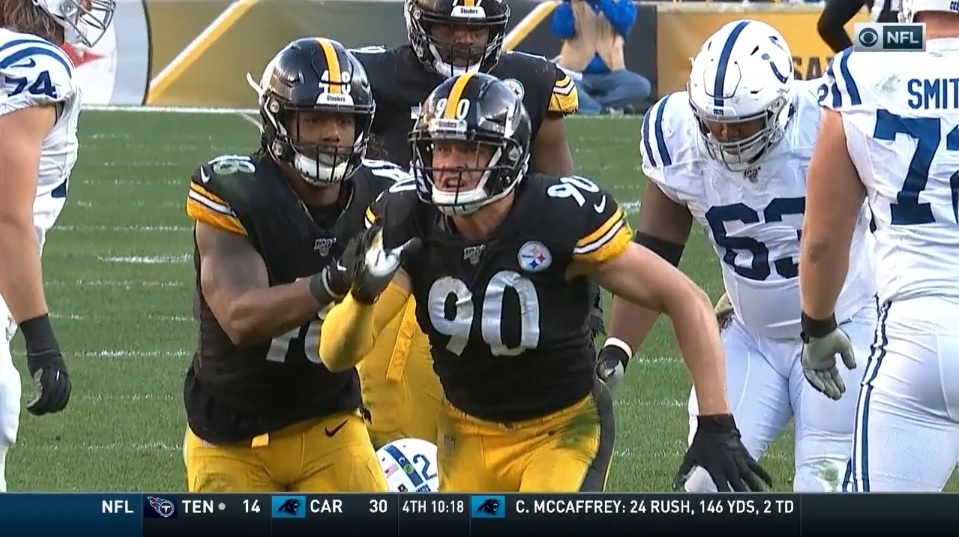 Ever felt like you could not catch a break? The Pittsburgh Steelers can relate to that feeling as for years it felt as if the team could not buy a turnover. Game after game, the Steelers’ defense would struggle to get their hands on the football, especially in timely moments leaving many to wonder if the Steelers would ever get back to their old ways or if they would be forced to watch a vanilla defense for eternity.

Well, that moment has finally come as the Steelers’ turnover misfortune has reversed. Gone are the days in which viewers had to beg and plead for a turnover and cherish them like gold. Now, the turnovers are being showered down on this team as the Steelers’ defense has put together a long overdue turnover streak.

The last time the Steelers themselves had a multi turnover streak that reached seven games or more came during the 2010 season, when they also did it in seven games straight. This year’s defensive unit, led by Keith Butler, is only three games away from tying the franchise record for most consecutive games with multiple turnovers.

The franchise record started in 1978 and went into the 1979 season as the Steel Curtain went ten straight games with multiple turnovers.

While it would be unwise for the Steelers to get ahead of themselves, one cannot help but wonder if they have a legitimate chance at hitting or breaking the franchise record. Next up on the schedule are the Los Angeles Rams, who have not turned the ball over since week seven, though they have turned the ball over 12 times this season.

While Watt and Fitzpatrick have been at the forefront of this new and improved defense, they have not been the only contributors as seven players have recorded an interception this season while six different players have forced a fumble.

After sitting through many years of a drought, it is pouring turnovers in Pittsburgh this season. No longer is this team pleading to buy a turnover, instead they are taking the football away at will, whether other teams like it or not.