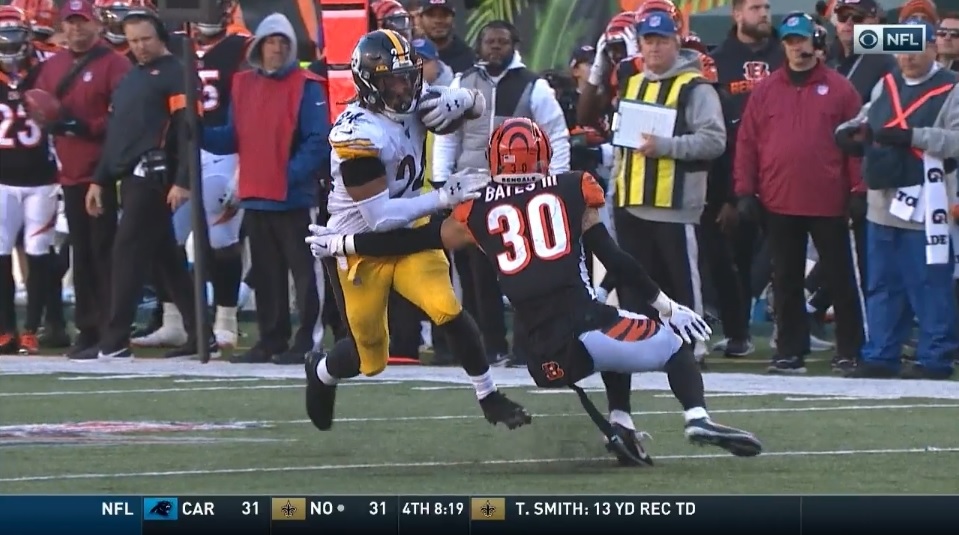 Let’s get weird in yet another odd Sunday.

– Including playoffs, the Pittsburgh Steelers have beaten Cincinnati Bengals in ten straight games. Their last loss came more than four years ago, a 16-10 defeat November 1st, 2015. This breaks the tie for longest win streak against the Bengals in franchise history. From 1991-1994, they beat them eight straight times.

It now ties one of the longest win streaks against a single opponent in franchise history. Here are the top marks.

– Devlin Hodges’ 79 yard TD was the longest score thrown by a rookie since Neil O’Donnell in 1991, who hit Dwight Stone for an 89 yard score against the then San Diego Chargers.

O’Donnell, like Hodges, came off the bench to relieve Bubby Brister (who was concussed, not benched). Unlike Hodges, O’Donnell’s score came on a short screen pass as opposed to a long bomb. Still, some similar stories.

You have to go back a long way to find the last time that happened. 1989, to be exact, 30 years ago. Six backs that year. They were: Tim Worley, Merril Hoge, Warren Williams, Rodney Carter, Ray Wallace, and Tim Tyrrell.

– James Washington got so close to 100 yards today. Fell just short, ending with 98. Only one receiver has 100+ yards in a game this year, JuJu Smith-Schuster against the Dolphins. Pittsburgh’s one of only three teams this year with one such game, joining the Colts (Zach Pascal) and Dolphins (Devante Parker).

– Pittsburgh’s been sacked more over the last three games (10, including three Sunday) as they were over their first eight games (eight).

– TJ Watt has 31.5 sacks through his first three seasons. JJ Watt had 36.5. TJ needs to average just one sack a game the rest of the season to match big bro.

– The Bengals had just 175 and 244 total offensive yards in their pair of meetings with Pittsburgh this year.

– With the Saints finding the end zone on their opening possession Sunday, the Steelers are just one of four teams to not have a first drive TD this year. The Chargers, Titans, and Texans are the others. The only opening drives points they have this year came in Week 3 against the 49ers, thanks to a San Fran turnover.

– In their last two wins against the Rams and Bengals, the Steelers’ defense has held their opponent to just 11.5% on third down. 3-26.