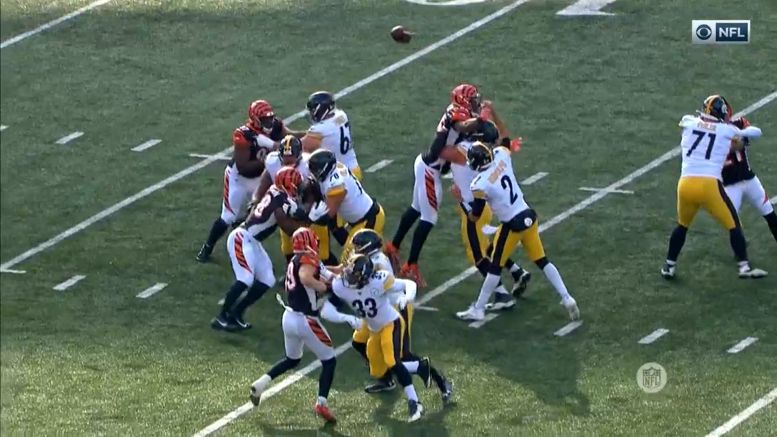 As the Pittsburgh Steelers fanbase is weighing in on who they think should be the starter at quarterback next week against the Cleveland Browns, one of the members of their upcoming opponents has already weighed in on the discussion himself, unafraid to choose sides as to whom he would like to see.

Though he wasn’t directly a part of the altercation that saw half of the Browns’ defensive line suspended, Sheldon Richardson was perhaps the most vocal supporter of Myles Garrett after the fact, even saying something to the effect that Mason Rudolph had what was coming to him, and thus chided him for calling ‘bully’ after the game.

Clearly, there’s no love lost for Rudolph. But Richardson would still love to see him out there. Why? “Did you see him last game?”, he asked the reporter who posed that question, giving a puzzled look while doing so.

Rudolph completed 23 of 44 passes against the Browns a week and a half ago, his 44 attempts producing only 221 passing yards. He did throw one touchdown pass, to Jaylen Samuels, but he also threw four interceptions, including two to linebacker Joe Schobert, who had another two yesterday.

The poor yards per attempt, completion percentage, and interceptions weren’t the only bad things about his performance in that game. His decision-making, his accuracy, his pocket presence, his processing speed, his reads—he had failures of execution in just about every facet of the game from the quarterback position. And needless to say, that is bad.

Considering the fact that he didn’t exactly look a whole lot better going out against the Cincinnati Bengals yesterday—as a reminder, the Bengals haven’t won a game this year—and the corresponding reality that Devlin Hodges helped the Steelers score 13 unanswered points to complete the comeback, it seems there’s a fair chance that Richardson won’t get what he wants.

He will get is fellow interior defensive lineman, Larry Ogunjobi, back after serving a one-game suspension for shoving Rudolph to the ground from behind his back following the altercation with Garrett, who will of course be nowhere in sight.

Unfortunately, what happened the last time around will be the main story heading into Sunday’s game, even though both teams are now vying for a playoff spot. The Steelers have won five of their last six games, while the Browns have now won three in a row. They are right in that hearty mix of nearly half a dozen teams competing for the final wildcard spot.

And neither player involved in the confrontation may even wind up being on the field.