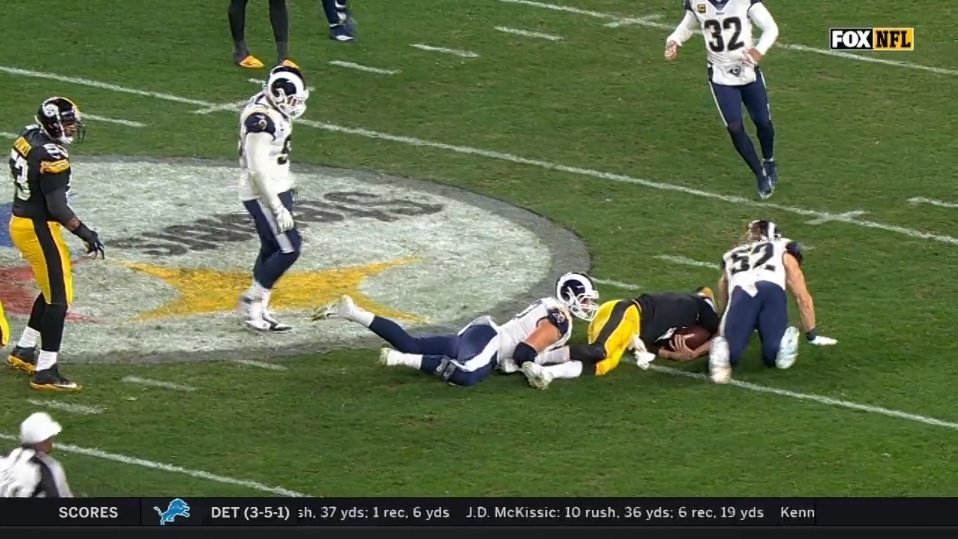 A rare trio of sacks allowed this past Sunday against the Los Angeles Rams. Let’s look at what went wrong.

Standard coverage sack here. Rams bluff pressure pre-snap, bail out, and drop eight into coverage. Nothing available for Mason Rudolph downfield so he attempts to run for the first down. Nearly gets past but #97 makes a nice play to get back on his feet, shed David DeCastro, and basically trip Rudolph up before he can break free towards the marker.

You can check out there weren’t any options downfield for Rudolph to throw to. 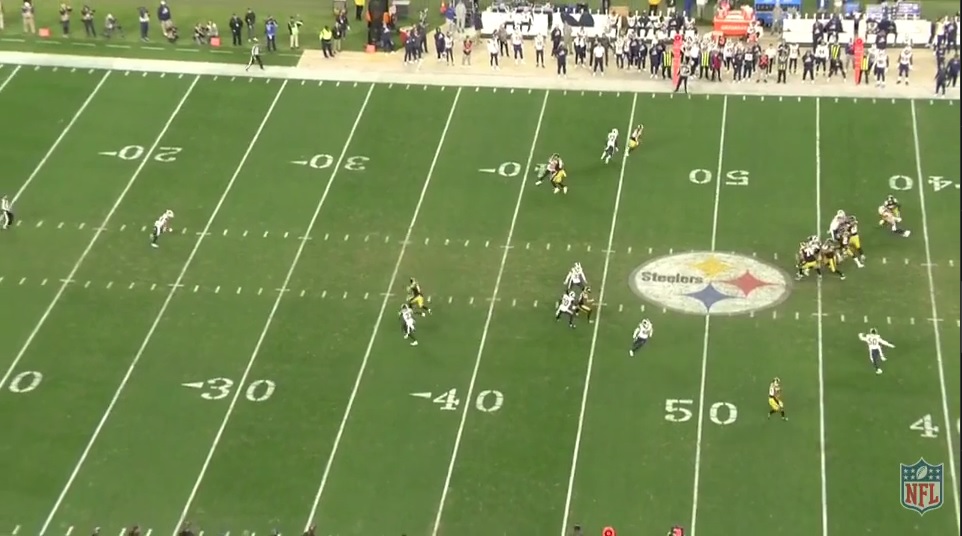 Against non-mobile QBs, defenses are more willing to drop eight into coverage and dare the QB to either make a tight window throw or try and tuck and run. Gamble paid off here.

But I don’t blame Rudolph for being decisive and trying to run. If he gets past the first level, he’s moving the sticks. Just a nice defensive play.

The idea to shift Matt Feiler to LG and start Chukwuma Okorafor at RT mostly paid off Sunday. Mostly. Not here. Okorafor matched up one-on-one with Clay Matthews and gets beat. Looks like he’s trying to be aggressive with his set but Matthews chops his hands to slip past. Okorafor can’t seal the edge, Matthews bends past, and though Rudolph tries to hitch up, he’s a sitting duck. Down he goes.

Do wonder if David DeCastro could’ve offered help here. He was uncovered and those linemen are typically asked to “find work” and help someone. But Aaron Donald was in his gap pre-snap and DeCastro probably didn’t want to vacate his area in case Donald got free. That’s the attention a top flight defensive tackle like that brings.

Sigh. The safety. For the second week in a row, Rudolph is taken down in the end zone. This time isn’t his fault. First, you gotta start with the playcall. Understand the Steelers trying to take a shot here, WR Johnny Holton was the intended target (will he ever catch a pass?) but the Rams doubled him and Rudolph had no chance of making that throw. 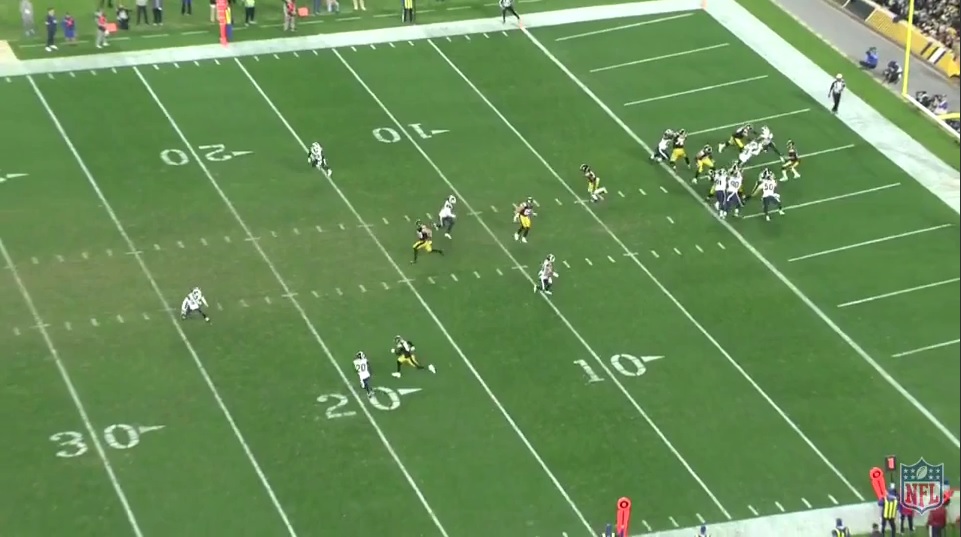 I’m fine with trying to air it out here. And the Steelers are trying to bait the Rams into assuming run, then throwing it over their heads. But you can’t use playaction. The high hat by the offensive line doesn’t fool anyone, it tells you pass, rendering the playfake useless, and all you’ve done is take Rudolph’s eyes off the field.

By the time he gets his head around, Donald’s already beaten DeCastro and Rudolph has nowhere to go. Rudolph said after the game he thought about trying to get rid of the football but up by four points, smartly calculated it was better to allow the safety than a potential fumble/touchdown that would give the Rams the lead.

On the line, Donald does a great job making DeCastro look silly with a swim move tot he outside. DeCastro doubles over and can’t get his hand to Donald’s hip to try and ride him upfield. If he hadn’t allowed pressure, Zach Banner got beat around the edge by Clay Matthews on the play.

Just a disaster from start to finish. Ryan Switzer’s poor punt return setting them up at the five, the playcall, and execution. Because I don’t split blame into three parts, I’ll put half on Mike Tomlin (since he took the blame for the call, though he most certainly could’ve been covering for Randy Fichtner) and half on DeCastro for being the man responsible for giving up the sack.

Blame: Half on Tomlin, half on DeCastro