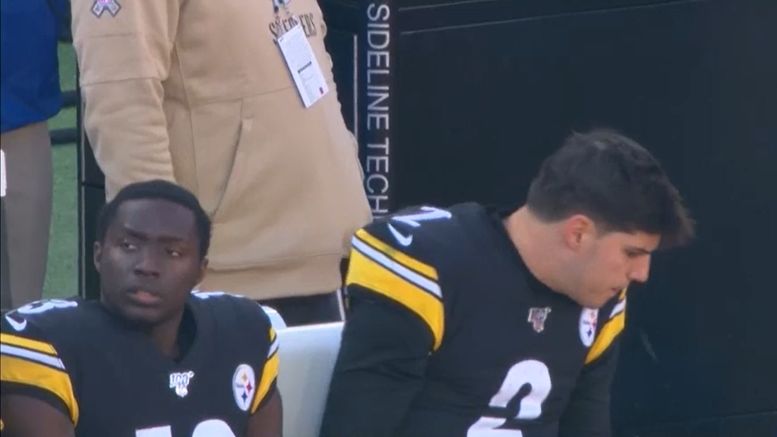 Not every draft pick is going to live up to their potential. That’s just the nature of the beast. Every once in a while, you might even come up with a first-round draft pick who simply isn’t very good at all. The Pittsburgh Steelers have flirted with that a couple of times over the course of the past decade, certainly, enough to elect not to pick up the fifth-year options of two of them.

The most recent first-rounder to play under his fifth-year option, however, is coming into his own this year in Bud Dupree. He had perhaps the best game of his career yesterday, with three defensive stops, including two big sacks.

James Washington, the second-round wide receiver from the 2018 NFL Draft, may have had the best game of his career to date yesterday as well. He caught four passes, a career high, on four targets, for 69 yards, including a big 40-yard reception in the second half from Mason Rudolph.

“James was able to get behind him, kind of step on the corner’s toes, if you will”, Rudolph said in describing the play after the game. “He did a great job of coming across the field. A play that he’s made a lot. He does a great job of stretching that corner and stepping on his toes and really paralyzing the corner. The corner’s not really knowing, ‘are you breaking to the flag or the post?’”.

Washington was able to get open enough for Rudolph to feel comfortable letting the ball go after he saw Malik Hooker caught flat-footed. The quarterback has been a bit gun-shy in his starts overall, though not last week, even though he had a deep pass dropped by Washington that nearly led to an interception.

He also had a pass thrown behind him on fourth down in that game that went incomplete. The two had a similar play yesterday, only this time Washington came up with a fantastic catch to reach behind him and snag the ball.

“He did a great job today, made a lot of bigtime plays, catches on third downs”, Rudolph said of his college teammate. “It’s good to see him get some energy back”.

As readers will surely know, Washington hasn’t exactly put up the production you would expect in this day and age from a second-round wide receiver this deep into his career. Especially not for the amount of snaps he’s played, and targets he received.

Is this a meaningful sign of growth for the young man, something that he can build on and take with him into the second half of the season? That remains to be seen, but the Steelers could certainly use just that.