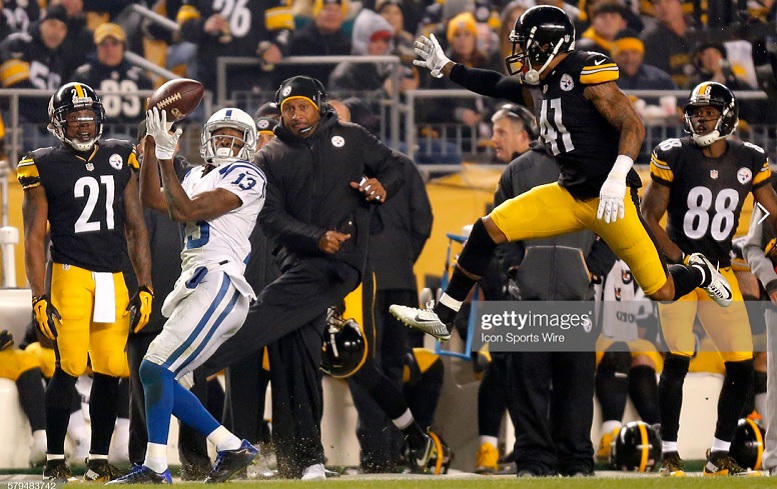 The Pittsburgh Steelers won’t have to face Indianapolis Colts wide receiver T.Y. Hilton on Sunday at Heinz Field due to an injury that occurred during practice this week.

According to Zak Keefer of The Athletic, Colts head coach Frank Reich announced on Friday that Hilton will be sidelined indefinitely with calf injury suffered in Wednesday’s practice.

Official: T.Y. Hilton is OUT for Sunday’s game at Pittsburgh.

Will be just the sixth game Hilton’s missed in his eight-year career. Colts are 0-5 in those games.

“With the information that we have, generally speaking, it’s a 3-4 week injury,” Reich said Friday, according to Keefer.

Hilton is the Colts best offensive player and will be hard to replace on the field. In the previous five games that Hilton has missed in his eight-year career the Colts went 0-5. Hilton has 191 receiving yards and a touchdown catch in two career games in Pittsburgh.

For the season, Hilton has 32 receptions for 360 yards and five touchdowns. Four of those receptions resulted in gains of 20 yards or more. Running back Nyheim Hines is the second-leading pass catcher on the Colts entering Sunday’s game as he has 22 receptions for 167 yards.

With Hilton sidelined Sunday, expect the Colts passing game to run through tight ends Eric Ebron and Jack Doyle as the two have combined to catch 37 passes for 442 yards and four touchdowns so far this season.