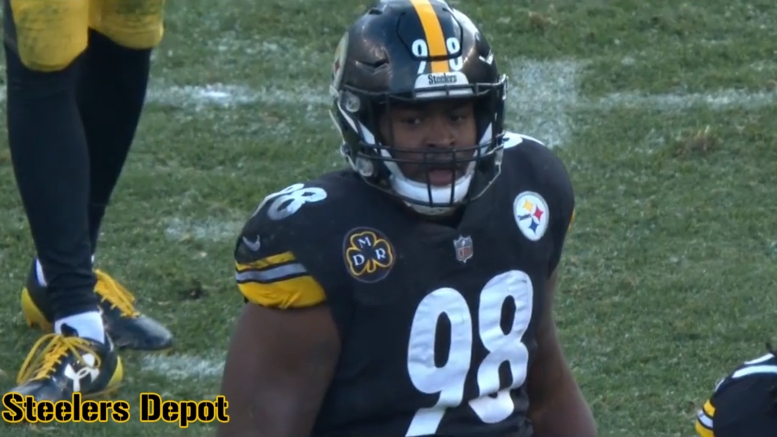 One of the Pittsburgh Steelers’ most crucial and evolving tasks over the course of the rest of the season is going to be how to maintain a consistent pass-rushing presence while using four rushers in the wake of the season-ending injury suffered by Stephon Tuitt.

One of the options that they unveiled on Monday night against the Miami Dolphins was to make liberal use of inside linebacker Vince Williams as a rusher. While it’s by no means new for him to rush the passer, the adoption of a 1-5-5 defensive package in which he is used as a dedicated rusher certainly is.

When defensive coordinator Keith Butler was asked about how that came about, he told reporters, “we have to do what we have to do”, via a transcript provided by the team’s media department. “We still have three good interior rushers more so than anything else. We are looking for a way to have a versatile defense and throw some guys in there a little bit”.

The Steelers have always been aware that Williams has a certain knack for getting after the passer as an interior blitzer. During his first season as a full-time starter in 2017, he was among the team leader in sacks with eight, which is among the highest totals an inside linebacker has ever had for the team.

“He’s somebody that can threaten the quarterback in terms of rush”, Butler said. “We have four guys out there rushing all the time. Sometimes we use him to rush, too. He can do it both. He can rush and he can cover. His forte is more so rushing than it is covering. So, we are going to use him in those different circumstances”.

While the Steelers showed this look, they understand that it’s not going to be something they can use as a staple, necessarily, or at least without modification. They are going to have to approach their pass rush with fresh eyes every week and figure out what would work best for that opponent, and for ways to break their tendencies and change up what they’ve put out on tape.

One thing that Butler has done well since he took over as defensive coordinator was to come up with ways to create pressure through blitzing. He may have flaws in many other areas, but in this, he has been impressive, and has helped the Steelers register more sacks over the past three seasons than anybody else in the NFL.