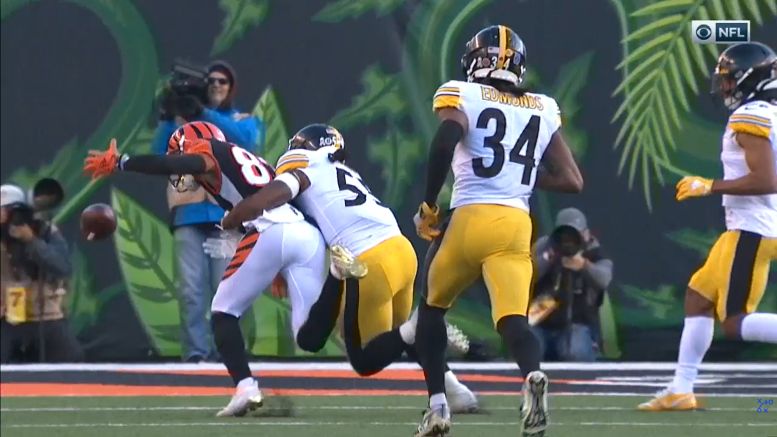 The Pittsburgh Steelers knew they were bringing in a special talent when they traded up in the first round to draft Devin Bush. That doesn’t mean, however, that they expect, or even want, the rookie to be playing every single snap of the 2019 season. And since the linebackers have been healthy, defensive coordinator Keith Butler has been more conservative in how much he’s asking him to do.

Over the course of the past three games, since they started utilizing the dime defense again, Bush hasn’t logged more than 77 percent of the defensive snaps, and it’s gone as low as under half the snaps. For the most part, Mark Barron has been the one seeing the full workload, with Bush and Vince Williams splitting time.

On Williams’ usage, Butler said, “it depends on how we use him and what we try to setup in terms of our game plan, and then how he fits into that game plan. Sometimes he’s going to play a lot and other times he’s not going to play as much”.

In 35 snaps on Sunday, just 61 percent of the total, Bush was limited in his productivity against the Cincinnati Bengals, logging only four tackles. He has posted fewer than seven tackles in each of the past three games, and never had fewer than seven in the eight games that came prior to that.

Still, his rookie season has been far from anything to sneeze at. He now has 79 tackles on the season with five for loss, one sack, two interceptions, a forced fumble, four fumble recoveries, four passes defensed, and a defensive touchdown. He is among the top linebackers in fan voting for the Pro Bowl, as well.

As for Williams, he logged just nine snaps against the Bengals as the defense relied fairly heavily on defensive backs, though he still logged two tackles. He has only seen greater than half of the snaps in three games this season.

Overall, he has 35 tackles on the year, two for a loss, with a sack, a pass defensed, and a fumble recovery. He has clearly had his workload scaled back from the past two years, but he has never complained about his role, and in fact consistently embraced the competition and additions to the room going back to after the draft.