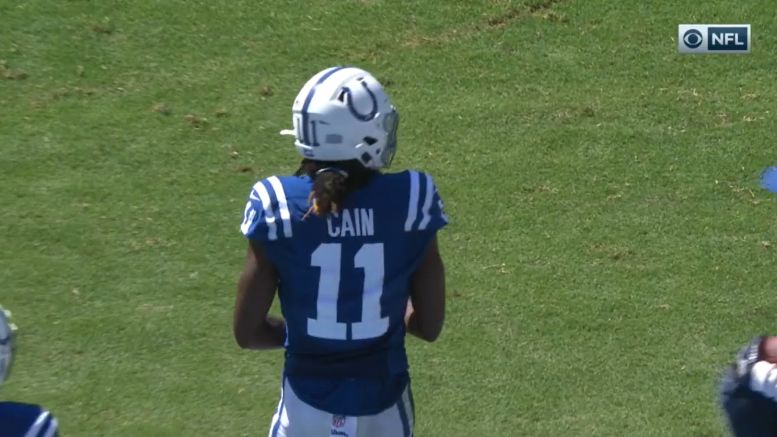 The Pittsburgh Steelers will have some new weapons in their offensive arsenal when they take the field on Sunday against the Cincinnati Bengals. Or, at least, they will have new wide receivers and running backs who were not previously on the team. Whether or not they are much of a weapon is yet to be determined.

But at least one of them has made a positive impression on his teammates. James Washington spoke highly of newcomer and fellow wide receiver Deon Cain, signed off of the practice squad of the Indianapolis Colts this past week, following his first practice with the Steelers.

“I saw an athlete. He’s fast, that’s for sure. He’s confident” Washington told the Pittsburgh Post-Gazette about the second-year man, who was on the Colts’ 53-man roster for much of the year and has five receptions to his name. “He actually came in and he’s learning his plays and stuff pretty well. It’ll be a plus to have him out there”.

As it’s currently shaping up, the Steelers figure to have five wide receivers available to them against the Bengals, with their number one, JuJu Smith-Schuster, the one looking as though he will be out as he works his way back from both a concussion and a knee injury, suffered on the same play.

Cain’s signing was prompted by multiple injuries at the wide receiver position in last Thursday’s game against the Cleveland Browns. In addition to Smith-Schuster, rookie Diontae Johnson suffered a concussion, but he has been a full participant in practice so far and appears to be tracking to play.

With Donte Moncrief having long been waived and Ryan Switzer on the Reserve/Injured List, Johnson, Washington, and Johnny Holton will be the only active wide receivers on Sunday who began the season on the 53-man roster. In addition to Cain, the team last week called up Tevin Jones from the practice squad, who made his debut against the Browns.

“It’ll be a little different not having some of the guys out there”, said the second-year wide receiver, via the newspaper, “but it’s a week that we’ve just got to bounce back and make due with what we have”.

What they have is a bunch of guys who haven’t had much practice time with quarterback Mason Rudolph this year. Cain is obviously a brand new face, but Jones would have been running the scout team most of the year on the practice squad. Holton obviously gets some work, but not in a starting role. He’ll be the number three, likely, behind Washington and Johnson Sunday.