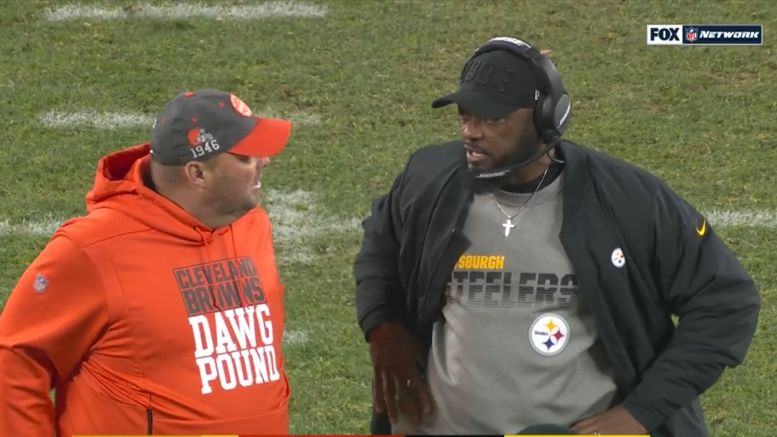 There is a saying in the coaching profession that pertains to the behavior of your team. You’re either coaching it, or you’re allowing it to happen. Full disclosure, I don’t believe 100 percent that this is the case, but there is a more generalized truth in there, and it’s one cited by former Cleveland Browns offensive coordinator Todd Haley recently.

Haley, who spent six seasons as the offensive coordinator for the Pittsburgh Steelers before lasting have a year with the Browns last season, spoke following the game between his two former clubs, which saw one of the ugliest events many have ever seen on a football field unfold, courtesy of Myles Garrett.

“This to me, this comes back to coaching”, Haley said. “This falls squarely right on the head coach. Because the head coach talks to every assistant coach, who then talk to their group of players. And there’s an old saying in coaching: ‘you’re either coaching it or you’re allowing it to happen’”.

Freddie Kitchens, the Browns’ current head coach who took over as offensive coordinator after Haley was fired, wasn’t too interested in what his former superior had to say. “I do not really give much thought into what Todd says”, he told reporters yesterday. “I am not even going to respond to it. I know the way we continue to talk about maintaining our composure, and we have to do a better job of maintaining our composure, everybody”.

Did the environment created by Kitchens’ coaching and general maintenance practice enable what Garrett did? What we do know is that the Browns have been one of the most undisciplined and highly-penalized teams in the NFL this year, and following Thursday’s game, have more ejections than any other.

“I do not know that it has been a struggle all year that we maintain our composure”, Kitchens stated. “Sometimes I think it is a commitment to doing the right if you are referring to some of the penalties. We are going to continue to stress those things, and over the last three to four weeks, those things have gotten better and we are going to continue to try to get even better than that. Last night was an outlier of what we have had. We have not seen anything like that”.

Committing assault is indeed an outlier. I don’t know that I could place the blame for something like that on a coach. The individual has to bear the responsibility for his actions in that regard. More broadly speaking, however, it’s quite clear that Kitchens still has a lot to learn about running a team.