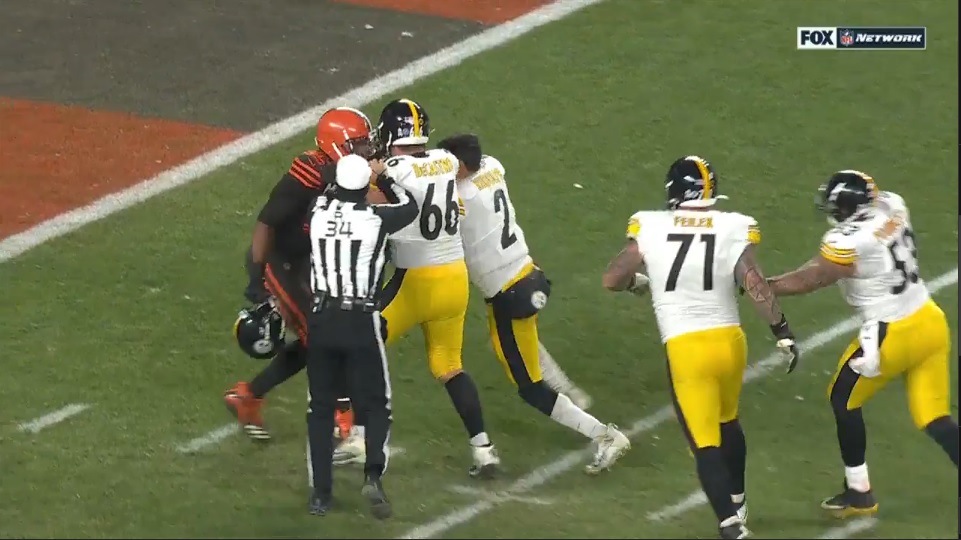 The NFL is expected to hand down a hefty fine to Pittsburgh Steelers QB Mason Rudolph, according to this report from ESPN’s Jeremy Fowler. Fowler says the league is expected to fine Rudolph $50,000 for his actions at the end of last Thursday’s Browns/Steelers game.

NFL expected to fine Mason Rudolph $50,000 for his role in the Browns-Steelers fight, a source told ESPN.

Rudolph and Browns’ DE Myles Garrett began the skirmish that led to three suspensions at the end of the game. Rudolph, however, avoided suspension. Garrett has been suspended indefinitely, Larry Ogunjobi one game, and Maurkice Pouncey for the next two.

Since Rudolph’s weekly salary is only $38,000, it’s possible he can appeal and have it reduced based on a CBA provision that takes into consideration the amount of money a player makes. Fines are fixed amount set by the league so this offers a chance of leniency for underpaid players.

This is from Article 46 of the CBA.

Former Steelers’ linebacker Terence Garvin had a similar case years ago after he was fined for a hit on punter Kevin Huber.

In addition to the punishment, Rudolph is coming off the worst game of his young career, throwing four picks in the loss to Cleveland. He’ll look to bounce back tomorrow against the Cincinnati Bengals.

#Steelers QB Mason Rudolph has been fined $50,000 for his role in the #Browns–#Steelers fight last Thursday, source said. Other players will be and have been fined, including those who left the bench area.