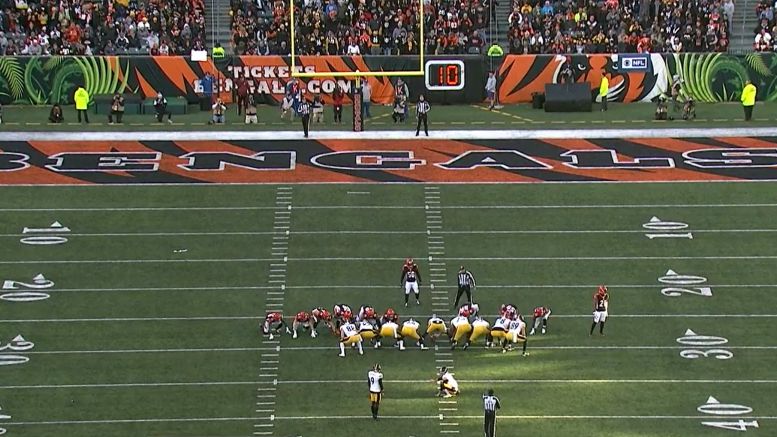 Things are going well for Chris Boswell in 2019, overall. Just one season removed from missing a dozen kicks, including going 13-for-20 on field goals, the fifth-year kicker has connected on 21 of his 23 field goal attempts this year, and one of his missed was the result of a bad hold by Jordan Berry. The other miss came from 54 yards, one yard beyond his career-long. He’s also a perfect 21 for 21 on extra points. He’s only hit 100 percent of his extra points in one season before.

But he’s always been perfect against the Cincinnati Bengals. Sunday was no different. He put up 10 points in the game, including three field goals, among them the game-winner, plus an extra point following James Washington’s long 79-yard touchdown.

That’s ho-hum for him. For his career, Boswell has killed Cincinnati. In 10 games, he has made 31 of 31 field goals attempted and is 17 for 17 on extra points. Obviously, you wish he would be attempting way more extra points and way fewer field goals, but his field goals have been vital to victory.

Take the Week 13 game against the Bengals in 2017. He made three field goals and two extra points against them in a 23-20 game. That included the game-winner with four seconds remaining on the clock when the ball was snapped.

Earlier that season, in Week Seven, the Steelers won by a score of 29-14, but it was 14-14 ahead of the two-minute warning. Boswell kicked five field goals in the final 32 minutes as the offense sputtered in the red zone three times. He made two from beyond 40 as well.

The year before that, in Week 15, it took Boswell just to stay competitive in the game. He went 6-for-6 with the first three and a half quarters, giving the Steelers all of their 18 points, but they still trailed 20-18. Ben Roethlisberger won it with a score to Eli Rogers, but it was Boswell who kept them alive throughout.

Back in his first season in 2015, Boswell went four-for-four on field goals in a 18-16 postseason victory over the Bengals. Cincinnati never recovered from that loss. They haven’t been back to the postseason since, and they’ve already been eliminated this year.