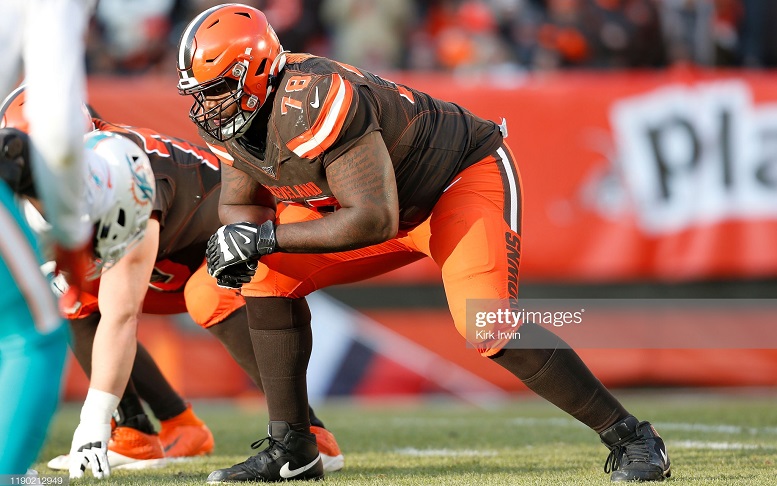 The Cleveland Browns made an adjustment to their Week 13 injury report on Saturday ahead of their Sunday road game against the Pittsburgh Steelers and it’s a notable one.

Greg Robinson has been down graded to OUT for #CLEvsPIT

Downgraded from questionable to out by the Browns on Saturday for Sunday’s game against the Steelers was tackle Greg Robinson (concussion). Robinson was originally placed in conclusion protocol by the Browns on Wednesday after he showed up at the team’s facility earlier that morning and self-reported having concussion-like symptoms. He did not practice any this past week and was listed as questionable for Sunday’s game against the Steelers on the team’s Friday injury report.

With Robinson now ruled out for Sunday’s game against the Steelers, Justin McCray is now expected to start at left tackle in his place. McCray has made two starts so far this season for the Browns with only one of those coming at the left tackle spot. That start at left tackle happened in Week 8 against the New England Patriots and McCray allowed a sack and four quarterback hurries in that game.

McCray starting at left tackle on Sunday would mean that most of his snaps would come against Steelers right outside linebacker Bud Dupree, who is having a great season to date. Dupree enters Sunday having already registered 44 total tackles, seven sacks and three forced fumbles on the season.

In the Steelers Week 11 Thursday night loss to the Browns, Dupree failed to record a quarterback sack, hit or hurry in that contest.