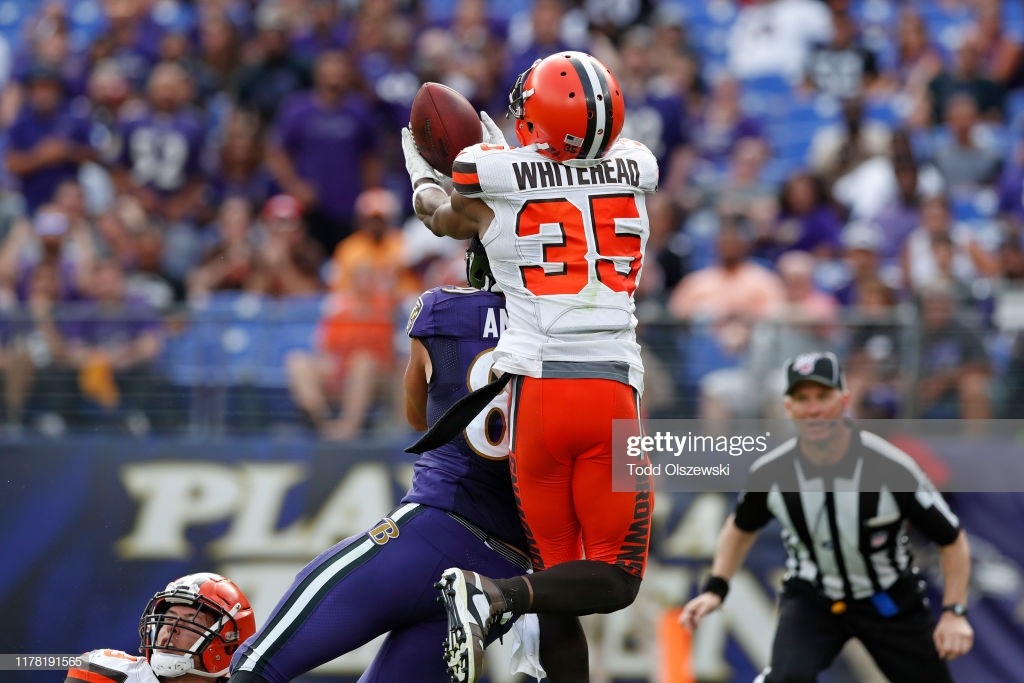 If you thought the Cleveland Browns couldn’t look any worse off the field than on it, you’d be wrong. Safety Jermaine Whitehead was released by the team Monday morning following a social media tirade that involved making several death threats at reporters and fans following Cleveland’s 24-19 loss to Denver Sunday evening.

Almost immediately after the loss, Whitehead responded to those who criticized him for his missed tackles during the game. While Twitter suspended his account within minutes of sending these tweets out, the Internet doesn’t forget, and archived his messages. Heads up, some very much NSFW language in these photos.

Browns player Jermaine Whitehead just got his twitter suspended 15 min after losing to the Broncos.

Even after that, Whitehead, more determined off the field than on it, took to Instagram to make more veiled threats.

The Browns’ PR spin machine immediately got involved to distance themselves from the comments, issuing a statement that read: “Jermaine Whitehead’s social media posts following today’s game were totally unacceptable and highly inappropriate. We immediately spoke with Jermaine upon learning of these comments. The Browns in no way condone that type of language or behavior. This matter will be further addressed internally.”

And the Browns did further address the issue, waiving him Monday morning.

There’s certainly an unusual pressure and spotlight on professional athletes. Social media can’t be a fun place to be when things aren’t going well and Steelers’ fans are familiar with players reacting to the criticism. Mike Mitchell once told a fan to “kill himself” and Bud Dupree has fired back at fans before, though not to the degree Mitchell did. From an outsider point of view, you never know what a player is dealing with, like Whitehead telling fans – and I assume that part is true – he was playing through a broken hand that impacted his tackling.

But of course, responding to that violent degree is unacceptable and only fans the flames all the more. For Whitehead, it cost him his job. The Browns were smart to keep the training rolling without him. Though when you consider they’re 2-6, it’s a train that’s come off the rails. Perhaps head coach Freddie Kitchens will join Whitehead on the unemployment line by year’s end.