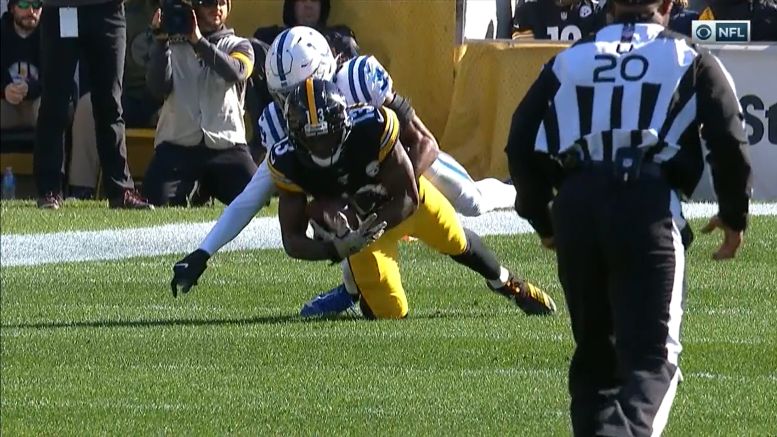 Well, of course we were going to get to James Washington in this stock watch at some point during the week. He’s only coming off of the best game of his career, catching four passes on four targets for 69 yards, all four of them being significant catches.

Washington’s four receptions were a career high, four one thing. He had only caught three passes in a game three times prior to this, and only on one of those occasions was he targeted only three times, so this is just the second time in which he was targeted more than twice and caught every target.

This is a big deal because, even with that four-for-four game, he is still averaging a reception on only 43.5 percent of the passes thrown in his direction. Obviously that doesn’t mean that he is dropping everything left and right—in fact, I think he only has something like three or four drops in his career on 69 targets to date—but it is about being on the same page with the rest of the offense, and on making the difficult catches as well.

He certainly did that on Sunday, catching a ball with a defender draped on his back, another with the ball thrown two feet behind them, and again still on a jump ball 40 yards down the field. It’s also the most yards he’s put up in a game, his previous high being 65 yards late last season.

He also had 64 yards in the regular season finale in 2018, and has twice prior this season topped 50 yards, but he even now still only has five games of 50-plus receiving yards, with three coming this year. It has to be added that Diontae Johnson also has three this year, including a 77- and an 84-yard effort.

One can only hope that this was the confidence-builder game that Washington needed to take off. He is getting plenty of playing time, but he’s not often targeted—Johnson has almost a third more targets on the year—and when he is, more often than not, it doesn’t result in a catch.