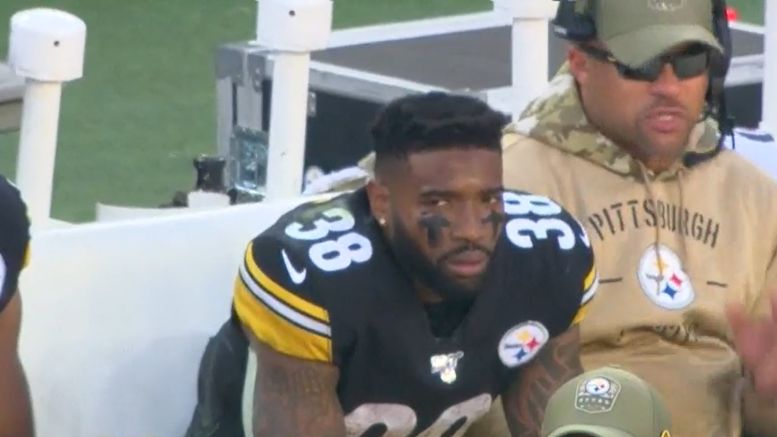 This one is hard to call. On the one hand, he didn’t have many successful runs. On the other, he did well as a receiving option, and also did his job in pass protection. But then he had a critical fumble in the fourth quarter. And the Steelers decided that they were comfortable with Trey Edmunds, who injured his ribs, getting more carries.

So all in all, I have to say that his stock is about even, maybe even down, coming out of Sunday’s game, his fourth as a starter after he started three games toward the end of last season while James Conner was injured.

I wouldn’t exactly describe yesterday’s game as a performance that instills confidence in Samuels, or at least really changes the perception, because he more or less did what we knew he could do. You would like to see him run the ball better than he did, and obviously you never want to put the ball on the ground, but he did enough.

One also has to consider the amount of time he missed, the practice time, and fact that this was his first live contact since having a cleanup procedure done on his knee. It’s not uncommon for players to have to work their way back into the swing of things, and here he was being asked to carry the load.

There is certainly reason to believe that he can deliver a more even and consistent performance should he be required to start again next week against the Los Angeles Rams, should Conner not yet be able to return to action. We have seen better from him in the past.

But his best function is as a complementary tool, and I think that perhaps this game was a sign of that. After the game, Mike Tomlin even said that in many ways they just plugged Edmunds into Conner’s role and rolled with what they had. It will be interesting to see how things look a week from now if he has to start again.