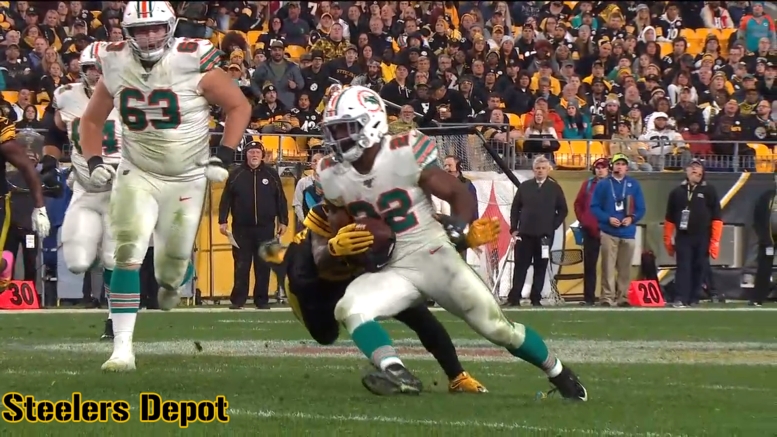 While the third-year cornerback has had some suspect moments, particularly in coverage, over the course of the past year and a half, Mike Hilton has continued to prove that he is a dynamic talent at the slot defender position who is capable of contributing in any phase of the role

The Old Miss product in particular like embrace the physical dimensions of the position, whether that is in coverage or in run support or even rushing the passer. While he is still looking for his first sack of the season, he does get his tackles for loss and behind the line of scrimmage.

He already has three tackles for loss on the year, and 26 tackles in total, much of it coming up to play in run support. He does have four passes defensed as well. He got an interception, the fourth of his career, off a Lamar Jackson, and also produced a forced fumble on a long run by Miami on Monday night.

He might not be perfect, but Hilton does everything to a satisfactory level, some even above average. His height is a disadvantage, and there is really nothing that can be done about that, but he has found ways to overcome it over the course of his career.

Still, questions persist and will continue to persist about the long-term viability of him playing a role on defense for the long haul, and the answer will be determined by his still-evolving performances.

What is fair to say is that he has made a difference. Yet he played a season-low 23 snaps against the Miami Dolphins, or actually the second-lowest he has had this year short of their Week Three contest against the 49ers.

He played just 38 percent of the team’s snaps, one of only two times on the year that it dipped below 40 percent. The Steelers are finding ways to get other players in the secondary involved. But they still have Hilton to fall back on.