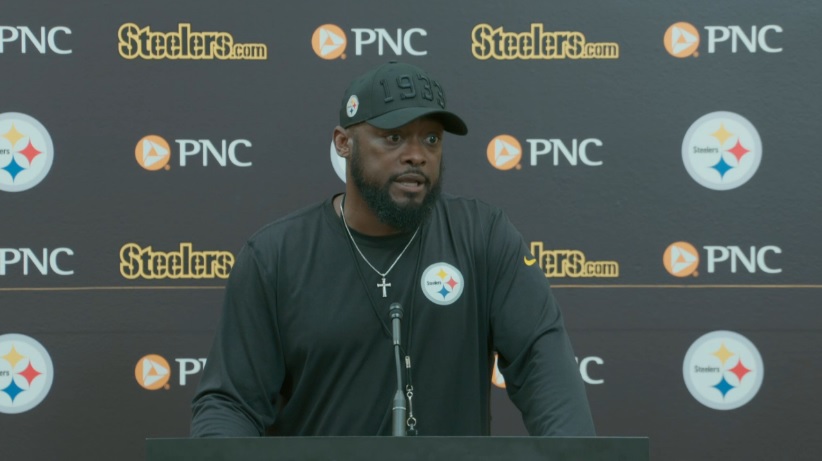 The Pittsburgh Steelers have a big decision to make today. Or, rather, they have a big result coming in today based on a decision that they would have had to have made yesterday. In light of the turmoil going on at the outside linebacker position with Anthony Chickillo and his arrest over the weekend, many believe they will have put in a waiver claim for Tuzar Skipper, their former player, who was originally claimed off waivers from them by the New York Giants.

Assuming they put in a claim, and they win, they will then have to figure out what course of action they want to take to open up a roster spot for him. One option they will have to consider is releasing veteran wide receiver Donte Moncrief, whose status on the roster goes beyond his contributions.

Within the complication compensatory draft pick equation, we have come to understand that the Philadelphia Eagles’ release earlier this regular season of Steelers free agent L.J. Fort eliminated a third-round pick they were in line to get for the loss of Le’Veon Bell. But it’s believed that they can get that pick back by releasing one of the free agents from the outside of the organization that they signed, and Moncrief would be by far the most obvious candidate.

Earlier this week, the Baltimore Ravens laid bare the very real fact that teams make these sorts of roster decisions all the time. After the Tennessee Titans released one of their free agents in Brent Urban, they turned around and released Justin Bethel in order to regain a projected fourth-round compensatory pick. Then the New England Patriots signed Bethel.

Head coach Mike Tomlin was asked if it could grow frustrating with the need for a head coach to pay attention to all of these sorts of nuances as he tries to go about his business preparing his team for a game every week.

“This is not checkers, it’s chess”, he said. “So I don’t get frustrated. I do what it is I need to do. There’s a lot of complexities to this role and in this business at this level. I embrace it, and really, I enjoy a lot of it, the strategic element of it”.

Of course, that doesn’t tell you whether or not he has any intentions of making a roster move aimed toward preserving a compensatory draft pick. It simply tells you that he believes he understands the implications that exist based on his roster decisions going forward.

It’s true that the NFL can get pretty complicated for a game so geared toward violence, and that goes for off the field as much as on the field. The compensatory pick process along is enough of a head scratcher. But just because you know you’re playing chess doesn’t mean you’re winning.