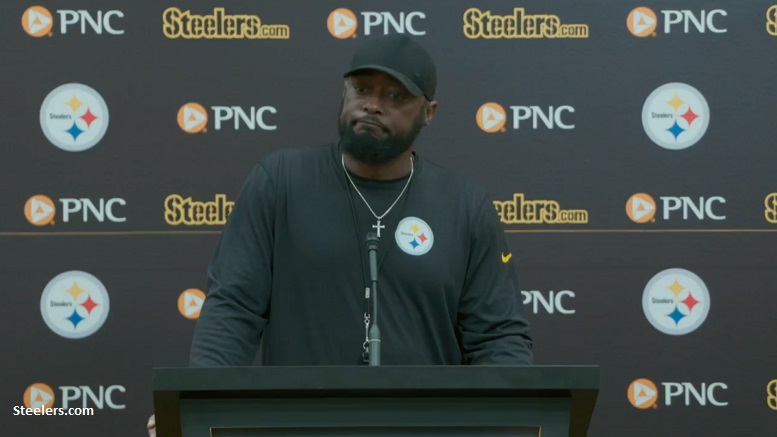 Samuels won’t play Sunday against the Chargers due to a knee injury suffered during Sunday’s loss to the Ravens and it sounds like Rudolph, who currently remains in concussion protocol, also will miss the Week 6 game. Barron, Washington and Nelson all start the week as questionable, according to Tomlin’s Tuesday comments.

Tomlin also indicated on Tuesday that due to the current injury list the team now sports that a few transactions are likely to take place at some point between now and Saturday evening.

“There may be some subsequent moves from a personnel standpoint to fill out the ranks, but I don’t have any intimate details there,” Tomlin said Tuesday. “We’ve got some time in which to do that and a lot of the candidates are practice squad-like guys and so they’re here working and available to us anyway. So, I won’t have any expanded dialogue along how we fill in the ranks or who’s who in that regard.”

With Samuels already ruled out for Sunday, rookie running back Benny Snell Jr. is poised to backup starting running back James Conner against the Chargers. We could also see running back Trey Edmunds promoted to the 53-man roster from the team’s practice squad by Saturday evening and he would serve as depth at the position in addition to being a core special teams player.

Additionally, if Washington were to sit out Sunday night with his shoulder injury, we could see veteran wide receiver Donte Moncrief dress in his place. Moncrief has been inactive two of the last three games.

In short, expect at least a few Saturday transactions to be made by the Steelers.